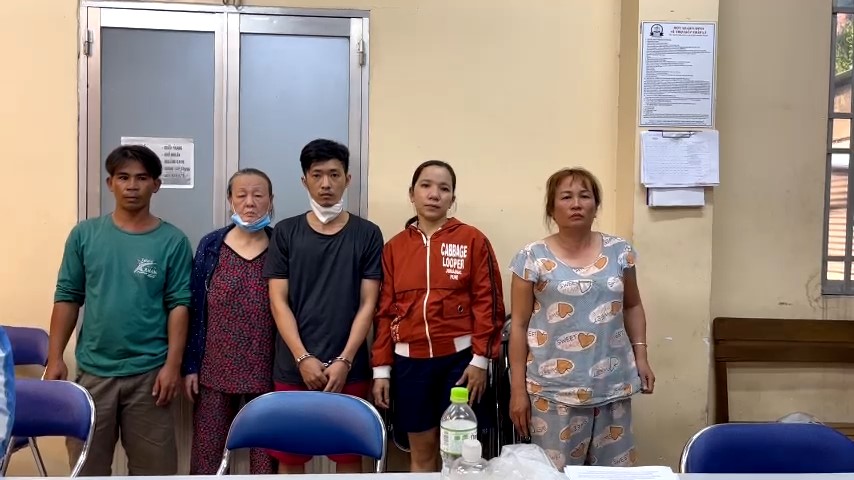 Two housemaids at a villa in Ho Chi Minh City and their relatives have been arrested for allegedly robbing their employers of VND2 billion (US$87,400) last weekend.

Thao was then released on bail because she is pregnant.

Preliminary investigation shows Du and her relative – Hong – worked as domestic helpers at a villa on Tran Binh Trong Street in District 5 and noticed that the owners keep a lot of cash at home.

Du told her granddaughter – Thao – and Thao’s husband – Khanh – about her wealthy employers.

They then planned on robbing the villa, with Thao and Khanh calling for the assistance of Thai, Trung, and Dung, who are their friends and relatives.

The suspects arrived at the place on Saturday evening when the owners were out for dinner.

Only a 14-year-old boy, who is the son of the owners, Du, and Hong were present at the house at the time.

The suspects wore dark-colored jackets, face masks, and hats to hide their identity and carried along knives and hammers.

They first rang the doorbell and pretended to be delivery workers.

After the door was open, they barged into the residence and threatened the boy.

They also pretended to threaten Du and Hong, knowing the house has CCTV.

After the case was reported, police officers examined the scene, reviewed CCTV footage, and were able to arrest the suspects and recovered the stolen asset about two hours later.

“The robbers knew exactly when the owners went out and managed to quickly find out where the money was kept inside the big villa, so we suspected the involvement of the maids,” an investigator stated.