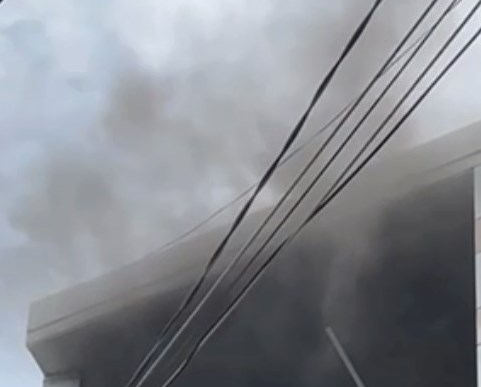 One man was killed after a fire broke out at a three-story house in Go Vap District, Ho Chi Minh City on Monday morning.

Police have been investigating to determine the cause.

Local people noticed smoke rising from the house on No. 17 Street in Go Vap District at around 11:00 am on Monday.

Twenty firefighters and three water tankers swiftly arrived at the scene after the locals reported the incident.

As there were a large amount of clothing items in the house, the fire grew quickly, producing a lot of smoke, hampering firefighting and rescue efforts.

A victim, who was later determined to be 31-year-old P.M.H. from south-central Binh Dinh Province, was found dead on the third floor of the house.