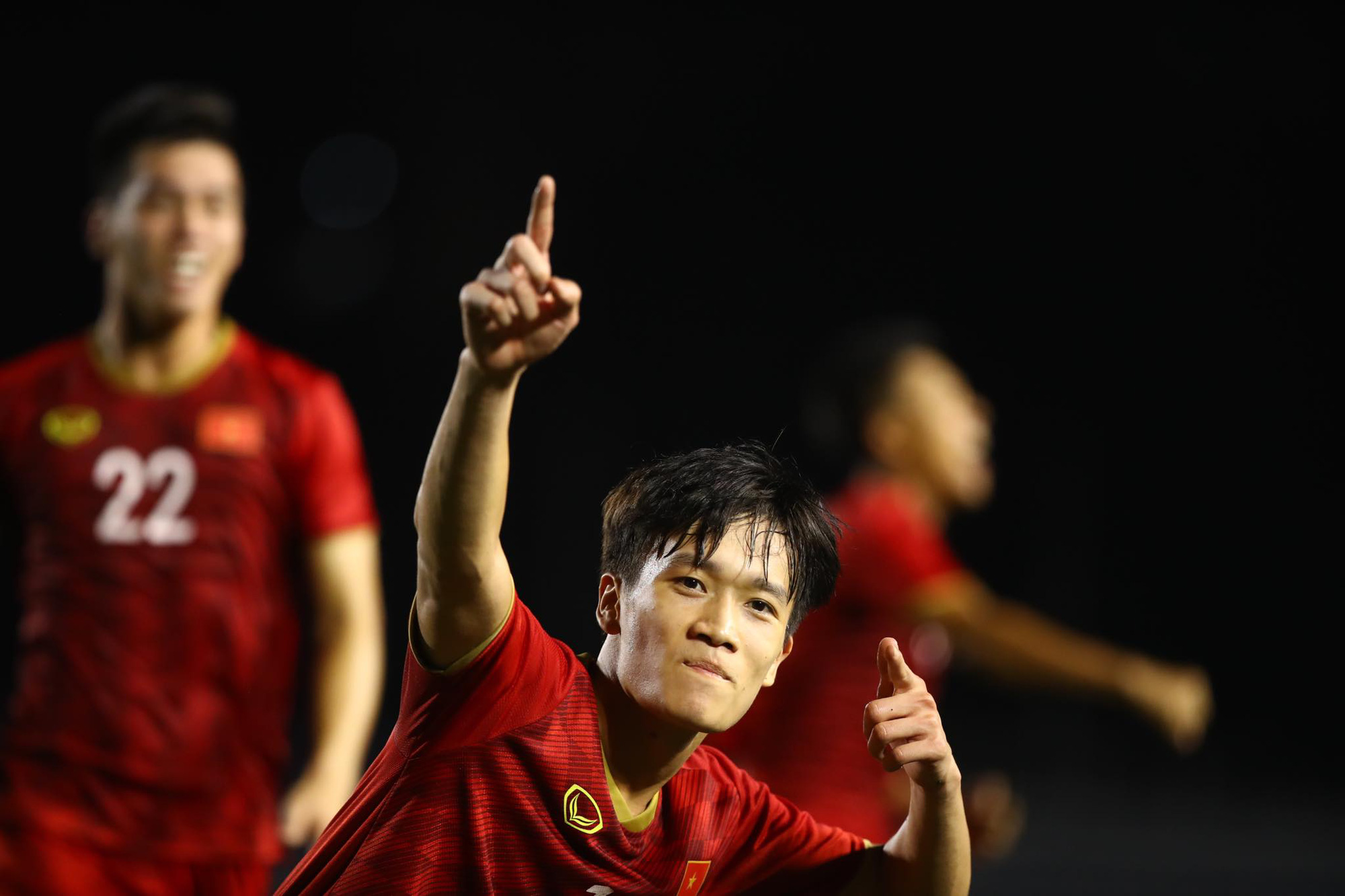 Rising up the roster from his former role as a substitute for veteran Do Hung Dung, midfielder Nguyen Hoang Duc has proved himself as an indispensable member of the Vietnamese national men’s football team during the final round of the 2022 FIFA World Cup Asian qualifiers.

The final round of the 2022 FIFA World Cup Asian qualifiers will be contested by two groups of six teams.

The top two teams from each group will qualify for next year’s tournament, while the third-place teams will play for a spot via an inter-continental play-off.

This is the first time Vietnam have appeared in the final round of World Cup qualifiers.

Fans of the Golden Stars expect former substitute player Hoang Duc to play a star role in the team’s performance thanks to the phenomenal tactical vision and offensive play he’s brought to the field in recent matches.

After Do Hung Dung, a star on the Vietnamese national football team, broke his leg during a nasty tackle in a league game last March, head coach Park Hang Seo experimented with several options to fill the open slot on the team’s starting lineup alongside the team’s other midfielder, Nguyen Tuan Anh.

Nguyen Quang Hai, an outstanding midfielder, was considered the most likely choice for the role ahead of Vietnam’s last three games in the second round of the 2022 FIFA World Cup Asian qualifiers in the UAE in June 2021.

However, the Tuan Anh – Quang Hai pair clearly was not meant to be.

During Vietnam’s 4-0 win against Indonesia, Tuan Anh was injured and Quang Hai was suspended for card.

Park attempted to do some damage control by pairing Luong Xuan Truong with Hoang Duc in Vietnam’s following game against Malaysia.

Duc made a splash the first time he took the field as part of the starting lineup.

In the six games he has started during the final round of the qualifiers, he has made 220 passes, 15 tackles, and 17 dribbles, making him the top performing player on the team.

During the match, Duc made two particularly remarkable passes.

The first was into Australia’s penalty area where Ha Duc Chinh was waiting to finish the ball into the net.

The second was a long cross over the opposing team’s defenders in Vietnam’s 2-3 loss to China.

The assist helped Ho Tan Tai score a goal and shorten the difference to 1-2.

Hoang Duc’s style of play is a reflection of both Tuan Anh’s pressing resistance and Xuan Truong’s sharp passing skills.

During Vietnam’s 3-0 victory over Malaysia, Hoang Duc played both as a holding midfielder and as a deep-lying midfielder.

He launched an attack which led to Quang Hai scoring the opening goal.

In the goal that capped the 3-0 victory, Duc passed the ball through a series of Malaysian players before hitting a clinical left-footed finish which stunned Malaysian goalkeeper Khairul Fahim like a dear in the headlights.

The organizing board later voted Duc as “The most active player” in the match.

Only half a year after being given the opportunity to join Vietnam’s starting lineup, Hoang Duc has become the ‘boss’ in the team’s midfield.

“His future is very promising.”

Many football fans remember Hoang Duc’s beautiful shot from 30 meters out that helped Vietnam claim a 2-1 victory over Indonesia in the group stage of the 2019 Southeast Asian (SEA) Games in the Philippines, which played an important part in the team securing the nation’s first gold medal in men’s football at the SEA Games in 60 years.

Duc’s rise to recognition was not an overnight success.

Rather, his stardom is a result of years of hard work.

Starting as an under-17 player who was assessed as incapable of development due to a lack of drastic gameplay at the club level, the now 24-year-old slowly ascended to a key player in both youth and professional clubs.

He is constantly practicing and spends his free time watching videos of famous midfielders, hoping to pick up new skills from the greats.

“In the third qualifying round, the opponents are all high-level players with diverse play styles that require me to improve myself if I want to keep up,” Duc said.

“Therefore, I always try my best during practice.

“I learn from veterans on the team, do my best to improve my weaknesses, and learn what I can from the coaching staff.”

Hoang Duc still cherishes a memory with head coach Park Hang Seo in 2019, when his under-22 team played a friendly game against China in Huangshi City in the southeastern Chinese province of Hubei.

Park chose Duc to attend the pre-match press meeting prior to the game, after which, the South Korean coach teased the then 21-year-old that “five years later, if you are famous, don’t forget me.”

It only took the player two years to rise to stardom.

In September 2021, Thai League 2020-2021 champion BG Pathum United made an offer to either borrow Hoang Duc for a year or buy the midfielder outright from Vietnam’s V. League champions Viettel FC, which manages Hoang Duc at the club level.

Viettel FC, however, turned down the deal, citing Duc’s focus on the final round of the 2022 FIFA World Cup Asian qualifiers.

The Vietnamese club also rejected two other invitations by Daejon Hana Citizen and Balha SC for Duc to play in South Korea and Oman, respectively.

“I do have regrets about missing out on the recent invitations,” Duc confessed.

“But that’s okay, I will try harder in the near future so that one day I will be given other opportunities to go abroad.

“I agree with the club’s decision and will wait for my next chance.”