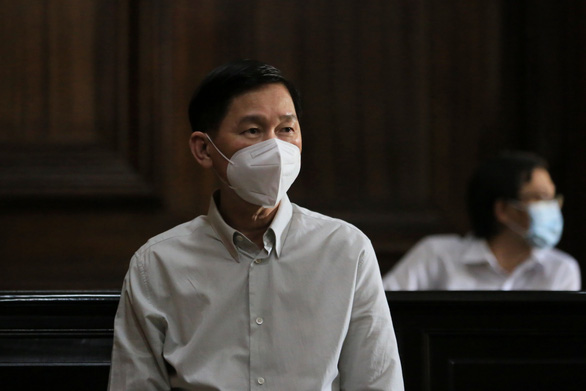 A court has sentenced an ex-deputy chairman of Ho Chi Minh City to six years in prison for violations in a case related to state-owned Saigon Agriculture Corporation (SAGRI) that caused over US$15 million in losses.

After more than 10 days of hearing, the Ho Chi Minh City People’s Court on Saturday gave the sentence to 56-year-old Tran Vinh Tuyen for ‘violating regulations on state asset management and use, causing losses and wastefulness’ in the case that involved 18 other defendants.

Tran Trong Tuan, ex-deputy chief of office of the city’s Party Committee and also former director of the municipal Department of Construction, and Le Tan Hung, former CEO of SAGRI, were jailed for six and 11 years on the same charge.

According to the indictment, Tuyen had committed ‘serious violations’ in 2017 by signing a decision to approve the transfer of a 37,000-square-meter state property in District 9, now Thu Duc City, managed by SAGRI to Phong Phu Corporation, a private firm, without carrying out necessary steps required by law.

This transfer was conducted in non-compliance with the law on the management of state capital in enterprises and other relevant rules and regulations, while Tuyen, in his capacity and role, should have known such a transfer was unacceptable, the court said.

Many essential procedures were ignored, including making a plan for divestment of state capital at SAGRI, determining the transfer value at market price, and conducting a public auction, among others.

Hung, identified as the mastermind in this case, directed his subordinates to prepare an unlawful transfer dossier and submitted it to the city’s competent agencies for approval.

For his personal interests, Hung committed his offense with a disregard for all relevant laws and regulations, the indictment said.

Tuan clearly knew that the transfer file submitted by Hung was against the law but he still issued a document on December 11, 2017, proposing that the People’s Committee endorse it.

The unlawful transfer, which failed to ensure transparency, has caused a total loss of over VND348 billion ($15.13 million) to the state, the trial panel concluded.

The court, however, deemed their arguments to be groundless and said they should have complied with the law related to the transfer.

The case file, evidence, and actual developments during the hearing were enough for convicting all the 19 defendants, the trial panel ruled.

The court additionally gave Hung another jail term of 14 years for ‘property embezzlement,’ as he had been found appropriating more than VND13 billion ($565,300) in association with a trip abroad for SAGRI employees in 2017, although he later repaid the entire amount.

As such, he will have to serve a total jail term of 25 years.