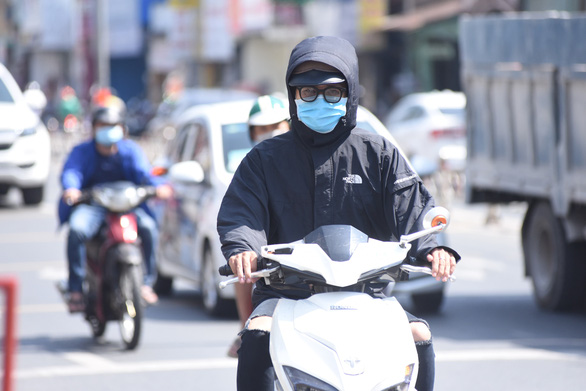 Ho Chi Minh City’s ultraviolet (UV) index reached a very high level on Monday and is expected to remain high in the coming days, according to the National Center for Hydro-meteorological Forecasting.

The Mekong Delta city of Can Tho recorded the second-highest UV level in the country with 7.3, followed by the south-central city of Nha Trang with 7.1.

From December 21 to 23, UV readings in Ho Chi Minh City and some southern localities will be between six and seven.

In Hanoi, it will be around six during this period.

As per the World Health Organization’s Global Solar UV Index, UV levels are measured on a scale from 0 (low) to 11+ (extreme).

A UV index of six and seven is considered ‘high’ and eight to ten is ‘very high,’ where people’s skin may get burned in less than 25 minutes.

Meanwhile, the level of 11 and more is considered ‘extreme’ and may cause burns to unprotected eyes and skin in just about 15 minutes.

Prolonged exposure to UV radiation can potentially lead to skin cancer or suppression of the immune system.

To avoid the harmful effects of UV radiation and heatstroke, residents are advised to use sunscreen, put on jackets, hats, sunglasses, and gloves, and stay hydrated when outdoors.