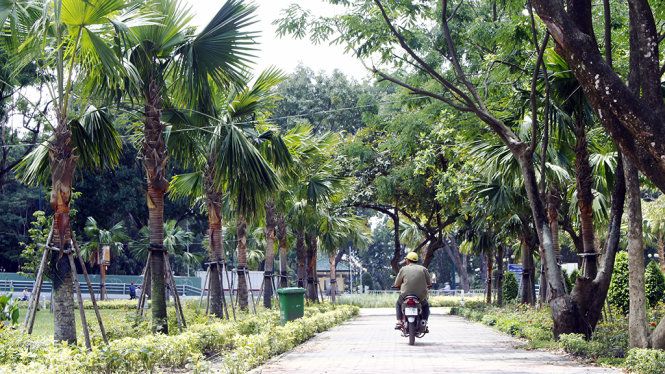 The Ho Chi Minh City People’s Committee has set a goal to build at least 10 hectares of public parks across the metropolis in 2022, the Vietnam News Agency reported.

The city will add at least 10 hectares of public parks and two hectares of green space, as well as plant and renovate 6,000 trees, this year, according to a plan recently issued by the municipal People’s Committee.

Authorities in every district and Thu Duc City were tasked with making a list of land plots originally zoned for building public parks.

If these land lots are currently leased for other purposes, the municipal Department of Natural Resources and Environment will suggest a road map to reclaim them to prepare for the park construction.

The city administration also highlighted the addition of parks and green trees to housing development projects, as well as the expansion of land banks for public parks across the metropolis.

District-level authorities will also be in charge of completing the database of parks and green trees in respective areas and assessing the growth and development of the flora to facilitate their planting and renovation.

The city will focus on improving the efficiency of park management and exploitation, boosting digitalization of public parks, and dealing with houses and buildings that encroach on local parks.

According to a project previously approved by the Ho Chi Minh City People’s Committee, the southern hub aims to add about 150 hectares to the land bank for public parks and 10 hectares of green space during the 2021-25 period.

By 2030, the city’s land bank for parks will have reached one square meter per person, while green space will have increased to three to four square meters per capita.