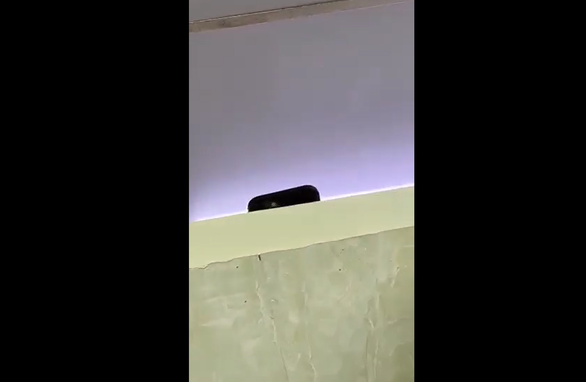 A student in Ho Chi Minh City recently voiced his anger online after his university management board failed to give proper support when he was secretly filmed with a smartphone in a toilet.

His post on the ‘KTX DHQG Confessions’ Facebook page, an online forum for students at the Vietnam National University-Ho Chi Minh City, caused a stir as he shared the story and criticized the lackluster response by the student affairs department.

In the post, the student claimed the incident happened on July 12 during the morning break time at a men’s restroom on the Thu Duc campus of the University of Social Sciences and Humanities under the Vietnam National University-Ho Chi Minh City.

“I got a strange feeling and turned to the wall behind me and looked up at the ceiling,” the student recounted.

“I saw a phone pop up from the other side of the room.

“I felt a little weird and bewildered, so I took out my phone to record that moment.

“It took a while for the phone on the other side of the room to be pulled down by the owner.”

This student said he went to the student affairs office to ask for help.

“While I was seriously reporting the story, the staff appeared indifferent, stuck to his work, and had little communication with me,” the student wrote.

Speaking to Tuoi Tre (Youth) newspaper, Tran Nam, head of the university’s communication and business relations department, said the staff on duty on that day realized the mistake and wanted to apologize to the student.

The school claimed to have verified the information from the parties involved and will find a solution.