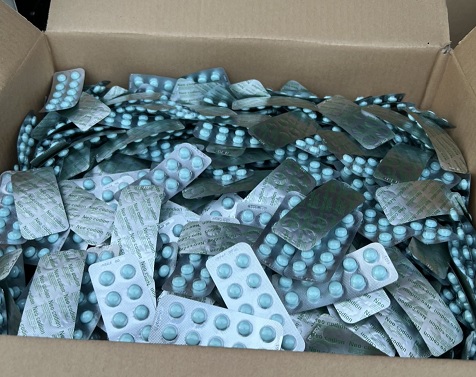 The economic police division under the Ho Chi Minh City Department of Public Security announced on Friday the smash of a ring making counterfeit pharmaceutical products, which led to the temporary detention of seven involved people and the confiscation of some 1.2 million fake pills.

The ring operated in the southern metropolis and the Mekong Delta province of Long An under the supervision of Pham Ngoc Bich, director of Amtex Pharma Pharmaceutical Joint Stock Company, which is located in Long An’s Ben Luc District.

The officers earlier caught Doan Minh Truong and Ngoc red-handed while the two were carrying 12 carton boxes containing 20,000 packs of counterfeit drugs copying the genuine ones of Neo – Codion brand on a car from Long An to Ho Chi Minh City at 5:30 pm on Thursday.

The functional force then raided the factories and workshops of Amtex Pharma in Long An and many locations in Ho Chi Minh City where the counterfeit pharmaceuticals were stored.

They seized dozens of counterfeit medicine making and packing equipment and about one million fake finished pills.

The drug factories and workshops in question were licensed to manufacture and trade many kinds of drugs.