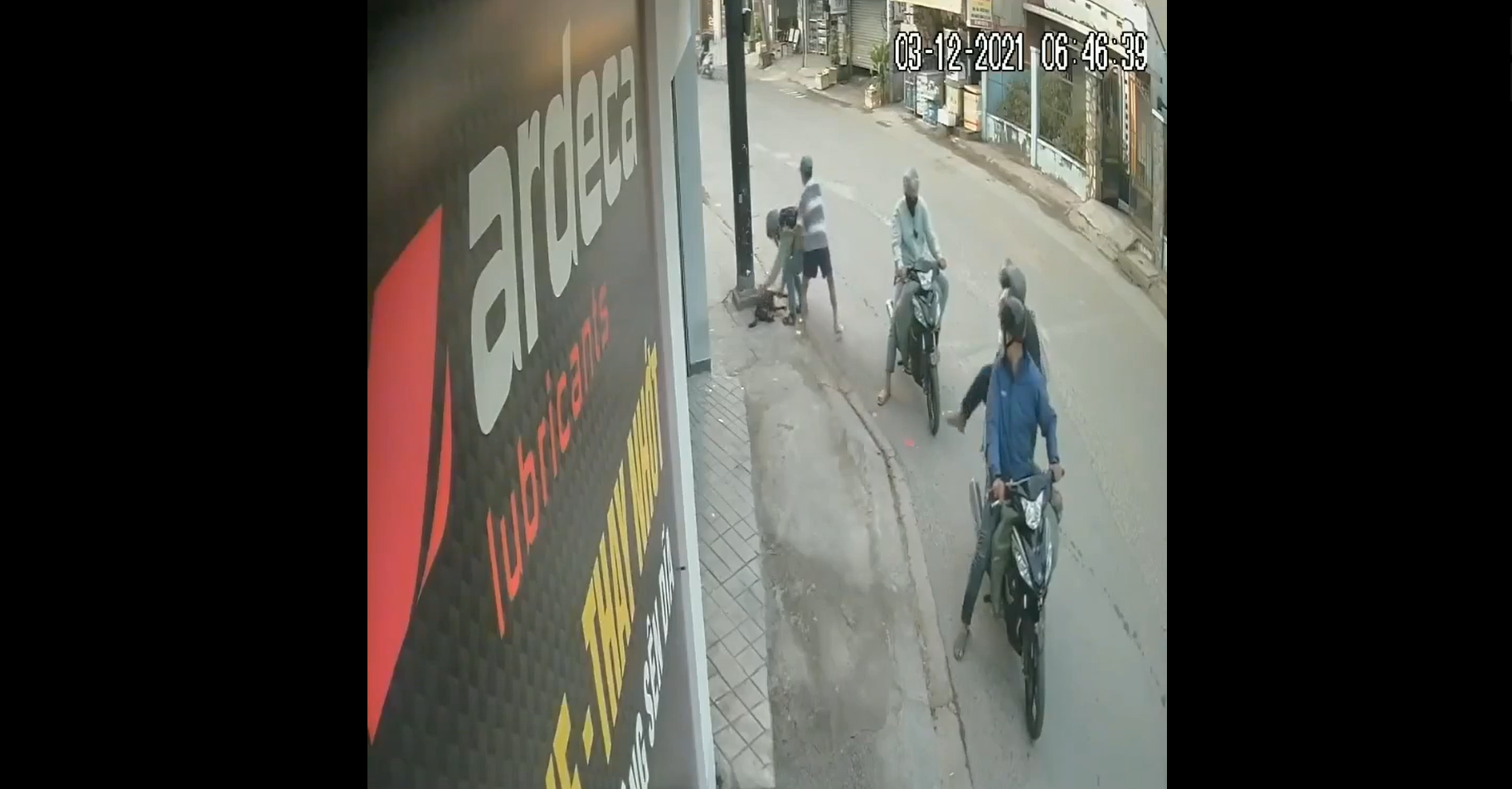 The suspects steal a dog in front of the owner in District 12, Ho Chi Minh City, December 3, 2021 in this screenshot taken from CCTV footage.

Police in Ho Chi Minh City have apprehended a group of teenage boys who had stolen approximately 1,000 dogs between October and December.

Officers under the municipal Department of Public Security confirmed on Monday they had arrested four suspects aged 17 to 18 for robbery.

Preliminary information showed that the suspects were the ones who stole a dog from a family in District 12 in broad daylight on December 3.

According to CCTV footage, the four were traveling on two motorbikes when they noticed a dog in front of a house on Vo Thi Phai Street.

One of them shot the canine with a stun gun while the owner – 56-year-old N.H.D. – was just a few meters away.

D. tried to save his dog to no avail as he was threatened by the gang.

At the police station, the dog thieves said they had stolen about 1,000 dogs from October to December.

The canines were then sold to a facility in Trung My Tay Ward, District 12.

The suspects added they bought stun guns and pepper spray from online sellers.

The investigation is ongoing.