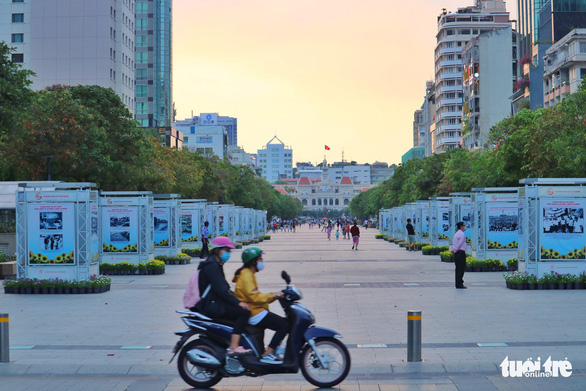 The Ho Chi Minh City Department of Transport submitted a plan for the 2022-25 period to the municipal administration on establishing pedestrian streets along 22 routes in the city’s downtown area.

The plan will be completed in three phases.

Vehicles will be banned from those streets during certain time frames when they are reserved for pedestrians only.

On Nguyen An Ninh and Luu Van Lang Streets, priority will be given to pedestrians while vehicles will be limited.

During this period, priority will be given to pedestrians while vehicles will be limited on the two parallel sections of Dong Du and Mac Thi Buoi Streets bounded by Dong Khoi and Hai Ba Trung Streets, Ho Huan Nghiep Street, the section of Ngo Duc Ke Street bounded by Dong Khoi Street and Cong Truong Me Linh Roundabout, Phan Van Dat Street, the section of Ton Duc Thang Street bounded by Nguyen Hue Street and Cong Truong Me Linh Roundabout.

From the end of 2024 to 2025, the expansion of the weekend pedestrian zone will continue on the section of Ham Nghi Street bounded by Ton Duc Thang Street and Quach Thi Trang Roundabout.

A vehicle restriction will be mandated on the section of Ton That Dam Street bounded by Ham Nghi and Huynh Thuc Khang Streets, Thai Van Lung Street, and Thi Sach Street.

The project is designed based on five groups of criteria, including safety and security, attractiveness, ease of access and demand satisfaction, connectivity, and community support.

With the project, the municipal administration aims to reduce the number of vehicles entering the downtown area, improving the people’s quality of life, and promoting the development of tourism, trade and services in the central area.