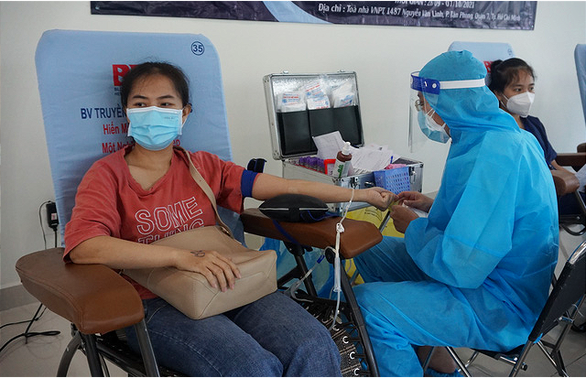 As its blood reserve is running out, Cho Ray Hospital in Ho Chi Minh City has called on local people to make blood donations to ensure enough supply for medical treatment.

The hospital’s Blood Transfusion Center has only 1,618 blood units left, barely enough for use until the middle of next week, if no more blood is given, Dr. Le Hoang Oanh, director of the center, told Tuoi Tre (Youth) newspaper on Friday.

The center’s blood storage became depleted during the nine-day traditional Lunar New Year, or Tet, holiday, from January 29 to February 6, during which blood donation was paused, Dr. Oanh stated.

The remaining blood inventory had been collected from pre-Tet donations, the doctor added.

In addition to meeting the need for blood in the hospital’s operations, the center must provide blood to five southeastern provinces, so the current reserve source is too little.

“From today we have received blood donations but the collection is still low. Meanwhile, red cross societies in those provinces have yet to resume blood donation drives after the Tet break,” Dr. Oanh said.

In face of such situation, the center and Cho Ray Hospital have called on people to voluntarily make blood donations at 12-week intervals to join hands in saving patients.

In related news, the Ho Chi Minh City Red Cross Society has set a target to obtain 210,000 blood bags, of which usable blood will reach 98 percent, this year.

Among the total, 350 – 450ml blood bags are expected account for 80 percent or more, Tran Truong Son, the society’s chairman, said on Thursday.

Last year, despite the COVID-19 epidemic, the city received more than 174,800 blood bags, or more than 236,400 blood units, from donors, achieving 84 percent of the year’s plan and meeting the needs of blood for patient treatment, the chairman stated.