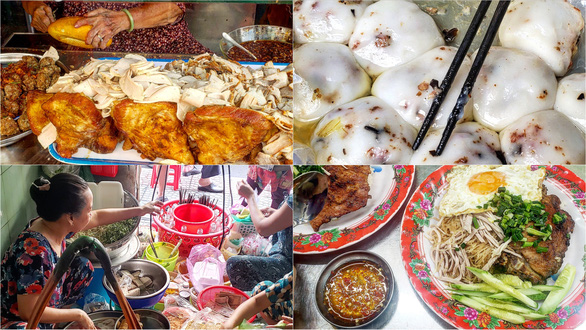 As the food scene in Ho Chi Minh City continues globalizing at breakneck speed, many experts believe the southern metropolis is missing out on a tourism gold mine.

A combination of fresh ingredients, creativity, and a smattering of techniques influenced by cuisines from around the globe characterize the epicurean experience in Ho Chi Minh City, not to mention a bustling street food culture which earned acclaim from international media and tourism authorities alike.

In 2016, CNN revered the city as ‘the food capital of Vietnam.’ Two years later, it was named by U.S. news network as one of the 23 best street food cities in the world.

Such media traction has shifted the tourism landscape in Ho Chi Minh City over the past few years, with culinary experiences becoming a unique selling point for both tourists and entrepreneurs looking to cash in on the hype.

According to the World Food Tourism Association (WFTA), foreign tourists spend roughly 25 percent of their budget on food during trips abroad, outranking other categories such as accommodation and shopping.

The WFTA also reported that 81 percent of foreign tourists are eager to learn about the culinary eccentricities of their destinations, believing it is the best way to understand local cultural values.

Nowhere is this cross-section of food and culture more apparent than in Ho Chi Minh City, where all of Vietnam’s most coveted cuisines, including banh mi, pho, bun bo (beef noodle soup), spring rolls, balut eggs, and a slew of soup dishes, can be found in just about every neighborhood.

With these strengths and opportunities taken into consideration, the city should consider launching a campaign entitled ‘Saigon – Ho Chi Minh City: The World of Street Food.’

For such a campaign to achieve its intended effect, it is vital that the city develop a clear-cut execution plan.

Part of this plan must include partnership between Ho Chi Minh City and the Vietnam National Administration of Tourism, the municipal Department of Tourism, local hospitality firms, restaurants, food stalls, and international partners.

This group should then work with experts and industry leaders to draft a set of quality standards, focusing on quality service and polished branding for particular customer segments.

The city’s street food repertoire should be treated as a brand asset and promoted based on clear classification, such as snacks vs. meals, regional origins, or flavor profiles.

Additionally, tour guides should receive in-depth training on the city’s food history in order to lead visitors on food tours and trips through its top culinary spots. There should also be a focus on cooking classes guided by adept chefs.

Food safety should be deemed an utmost priority, with the origin of ingredients, safe cooking practices, and the look and feel of restaurants all considered.

As for making a digital presence, a responsive food map on mobile devices detailing the recipe, images, and pricing of local street food is a much-needed companion to guide visitors through the myriad of culinary destinations in the city.

Ho Chi Minh City authorities should contemplate the demand for processed versions of the city’s iconic dishes, for tourists tend to purchase specialty items in droves to bring home after their trips.

With an all-inclusive approach as stated above, I believe Ho Chi Minh City can elevate its rich culinary heritage into a major draw toward international tourism.

The original story was written in Vietnamese by Nguyen Van Sinh and translated into English by Tuoi Tre News, in response to the ‘Ho Chi Minh City Goes Global’ contest, an open forum for readers to contribute their ideas and solutions to raise the position of Saigon – Ho Chi Minh City in the international arena.

The contest is co-organized by Tuoi Tre (Youth) newspaper and the Ho Chi Minh City Department of External Relations to prepare for the celebration of National Day on September 2.

For further information and how to take part, please click here.