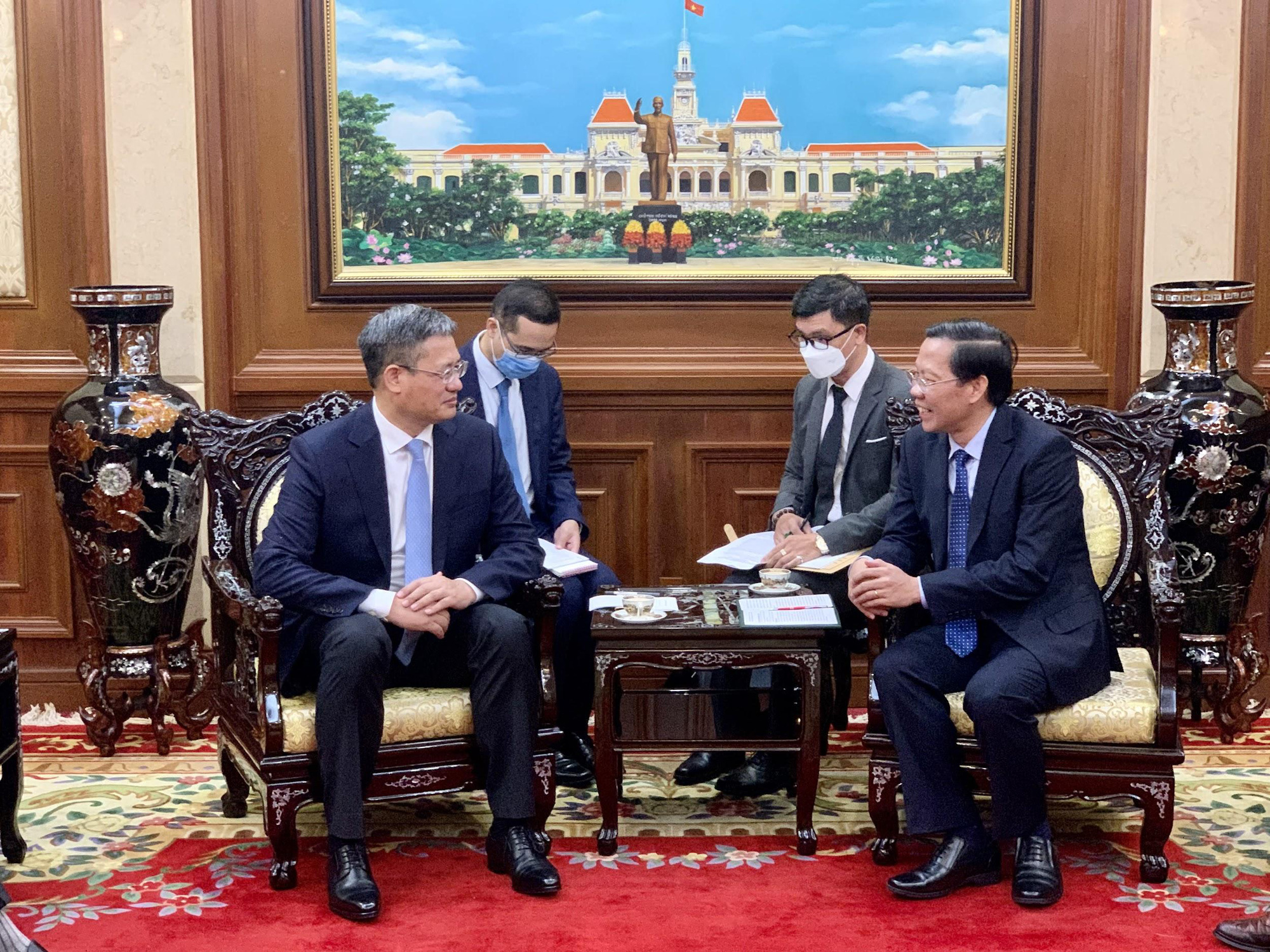 At the meeting, chairman Mai said he was interested in promoting cooperation in economic matters, trade, investment, tourism, digital transformation, and a digital economy between Vietnam and China.

He also suggested that both sides maintain activities to further foster the people-to-people friendship and cooperation between localities.

Ho Chi Minh City currently cooperates with many localities of China, the official continued, adding that the city wants to learn from the successful development models of these localities.

He asked Consul General Wei to throw support behind such cooperative relationships.

Consul General Wei said he had been in Ho Chi Minh City for 40 days and fell in love with the metropolis.

The Vietnam-China ties have achieved positive development in recent years, the Chinese diplomat stated, expressing his hope that the bilateral relations will be further enhanced in the future.

China is the largest export market of enterprises in Ho Chi Minh City, with turnover reaching US$4.37 billion in the first five months of 2022, up 10.6 percent year on year and accounting for over 24.7 percent of the city’s exports.