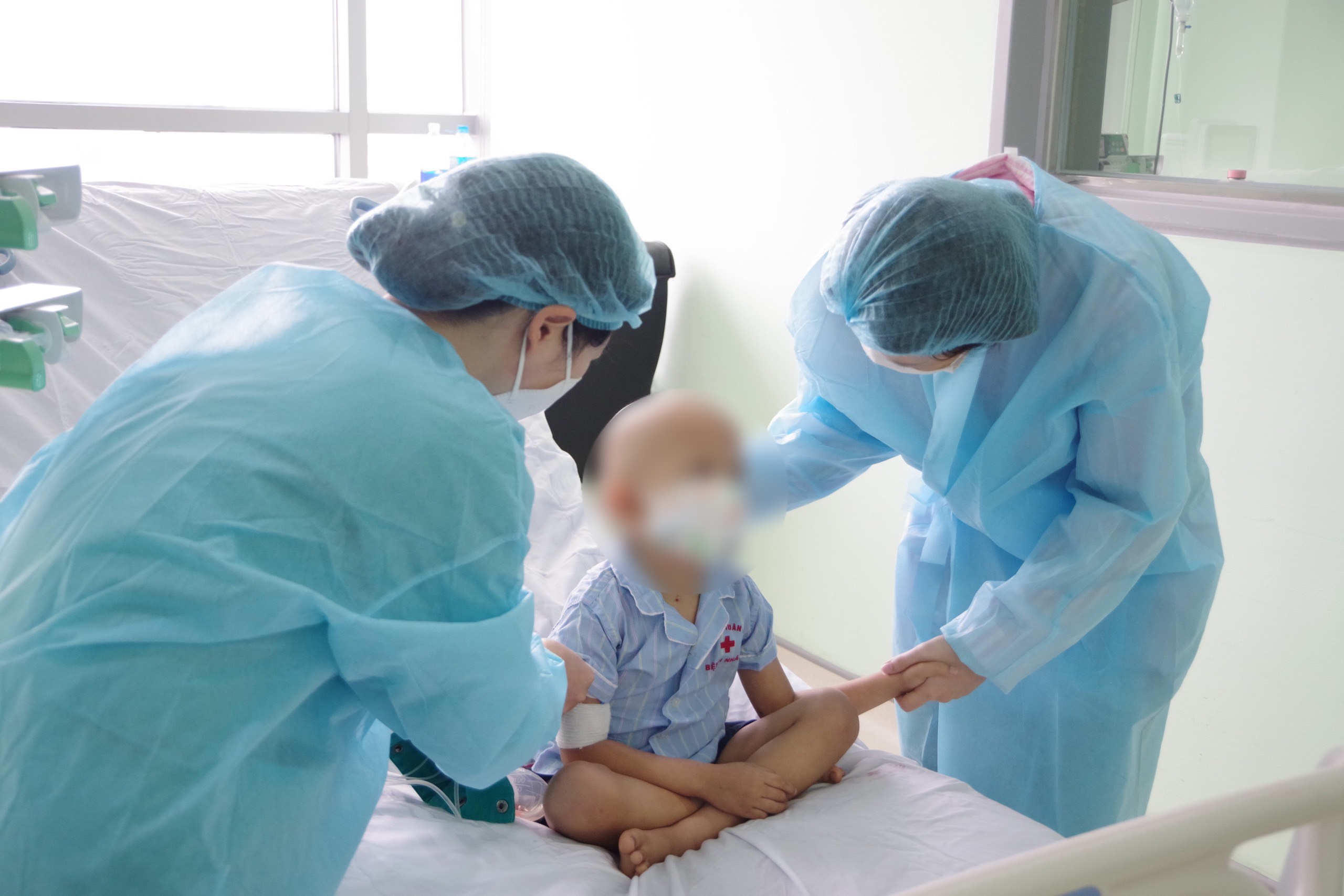 Doctors from the 108 Military Central Hospital in Hanoi have successfully performed a liver transplant on a five-year-old child suffering from a rare cancer in children.

The doctors carried out a laparoscopic surgery to take the left lobe of the liver from a donor and used the organ to perform a liver transplant for D.N.M., a five-year-old resident of Ho Chi Minh City, on March 17.

However, the tumor continued to grow in the remaining part of M.’s liver after the surgery.

M. received 10 cycles of chemotherapy in Vietnam and Thailand, to which the tumor did not respond while the level of her alpha-fetoprotein (AFP) tumor marker continued to spike.

M.’s examination results in Thailand showed that the tumor was spreading rapidly to both the right and left lobe of her liver, posing a high risk of progression.

Doctors there gave the child patient a poor prognosis as they failed to find any method of treatment for him, but suggested a liver transplant.

M.’s family then took him to the 108 Military Central Hospital to seek an opportunity for the liver transplant, with M.’s aunt being the liver donor.

“This is the youngest case with a complicated medical record requiring a liver transplant that the hospital has ever treated,” said Colonel Le Van Thanh, head of the hospital’s Department of Hepatobiliary and Pancreatic Surgery.

“The baby’s condition is not promising.

“He weighed less than 15 kilograms due to 10 consecutive cycles of chemotherapy treatments.

The baby has been in stable health and regained full consciousness, communication ability, movement, and eating ability.

The transplanted liver functions well and his respiratory and hemodynamic parameters are within normal limits.

M. is receiving further treatment at the Department of Hepatobiliary and Pancreatic Surgery while his aunt, the liver donor, healthily left the hospital after six days.