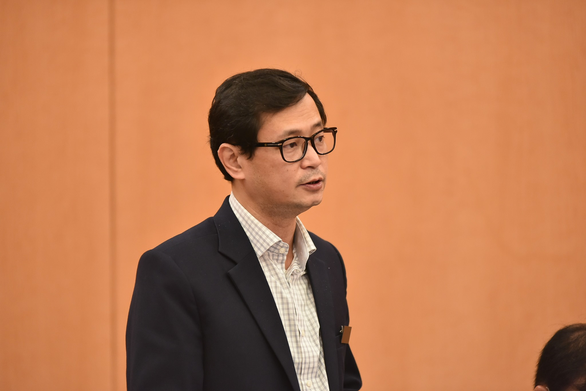 Vietnam’s Hanoi Center for Disease Control (Hanoi CDC) director has been detained for his serious wrongdoings related to price gouging for illegitimate profit by a COVID-19 test kit supplier.

Notably, he once affirmed his non-involvement in the test kit scam.

Truong Quang Viet, 49, was arrested on Friday on charge of “violating regulations on bidding, causing serious consequences,” in the latest development of the test kit scam that has involved more than 60 suspects, local police said.

Along with Viet, the Hanoi CDC’s chief accountant was also detained for the same offence.

Specifically, Viet had given illegal facilitation to Ho Chi Minh City-based Viet A Technology Corporation (Viet A) to help it win two bid packages to supply coronavirus test kits to the capital city in 2020, when such kits was on high demand due to the increasing spread of the pandemic.

In these packages, Viet A set the prices of test kits much higher than the actual ones to earn illegal profit.

Their law-breaking acts had caused a total loss of VND9 billion (US$388,320) to the State budget, investigators said.

After winning the bidding, Viet A paid a kickback of more than VND1 billion ($43,147) to the Hanoi CDC through the agency’s chief accountant.

Notably, in last December, Viet, the then deputy director of the Hanoi CDC, asserted with Tuoi Tre (Youth) newspaper that his agency had bought no test kits from Viet A.

“We did not buy any COVID-19 test kits from Viet A. In the years 2020-21, we mainly received test kits from sponsors,” Viet told Tuoi Tre on December 20, 2021, one day after Phan Quoc Viet, founder and CEO of Viet A, was arrested on the same charge.

In April 2020, the Ministry of Health granted a circulation license for Viet A’s one-step RT-PCR test kits, the first-ever made in Vietnam.

Given the increasing demand for COVID-19 test kits amid a serious outbreak that started hammering Vietnam in late April, CEO Viet colluded with CDC directors of many localities to hike the prices of such kits to illicitly make a huge amount of money.

The Viet A CEO admitted he had directed his employees to overstate the prices of production equipment and input materials to hike the selling price of a test kit to VND470,000 ($20.28), or 45 percent higher than the original rate, to earn a difference of VND500 billion ($21.57 million).

Preliminary investigation results determined that Viet A had supplied test kits to centers for diseases control (CDCs) and other medical facilities of 62 provinces and cities, earning a total profit of nearly VND4 trillion ($172.6 million).

The Viet A founder confessed to investigators that he had paid ‘commissions,’ in fact illegal kickbacks, worth nearly VND800 billion ($34.51 million) to his partners who bought his test kits at the inflated prices.

To date, more than 60 suspects have been arrested or put under criminal investigation for their involvement in the striking case.

They include two former ministers of Health, and Science and Technology, along with many other high-ranking officials from these ministries, and a lot of directors of CDCs, leaders of hospitals and health departments, and some military generals.

In February 2022, the Hanoi Department of Health promoted Truong Quoc Viet to the post of director of the Hanoi CDC after this position had been vacant for nearly two years since former director Nguyen Nhat Cam was prosecuted for the same charge as Viet’s.

For his wrongdoings in procurement of medical machinery and equipment for COVID-19 testing, which caused a loss of VND5.4 billion (some $233,000) to the State budget, Cam was sentenced to 10 years in jail at his first-instance hearing in December 2020.

Cam’s jail term was upheld at his appellate trial in June 2021.