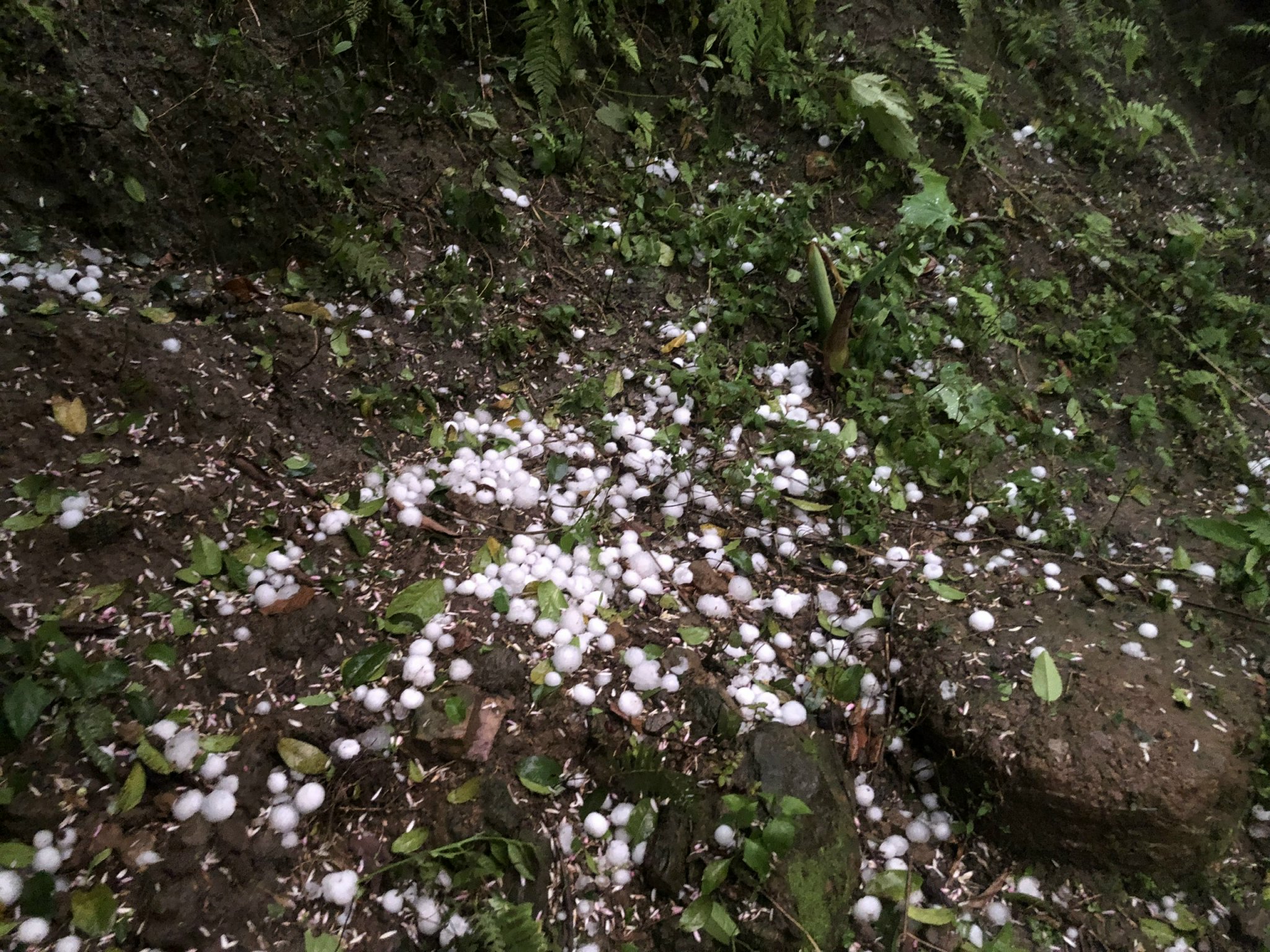 A storm with hailstones as big as an egg swept through multiple areas in Lang Son Province, northern Vietnam on Sunday afternoon, causing damage to many house roofs and crops.

It lasted for about 15 minutes, according to Thao A Say, chairman of the People’s Committee in Hua Nhan Commune.

“Many hailstones were as big as an egg, which pierced through the fibro cement roofs of many houses,” Say stated.

In Tan Cuong Village, Ta Khoa Commune alone, 28 out of 33 houses had their roofs damaged.

Residents and authorities in the affected localities were dealing with the consequences of the hailstorm as of Monday morning, according to the provincial steering committee for natural disaster prevention and control.

Several mountainous areas in northern Vietnam have been affected by a cold front, the National Center for Hydro-meteorological Forecasting reported.

Rains have been recorded in some districts in Yen Bai, Thai Nguyen, Tuyen Quang, and Son La Provinces.

The cold snap is expected to continue affecting other localities in northern Vietnam as well as parts of the north-central region on Monday, bringing about rains and chances of thunderstorms, hail, and strong gusts.