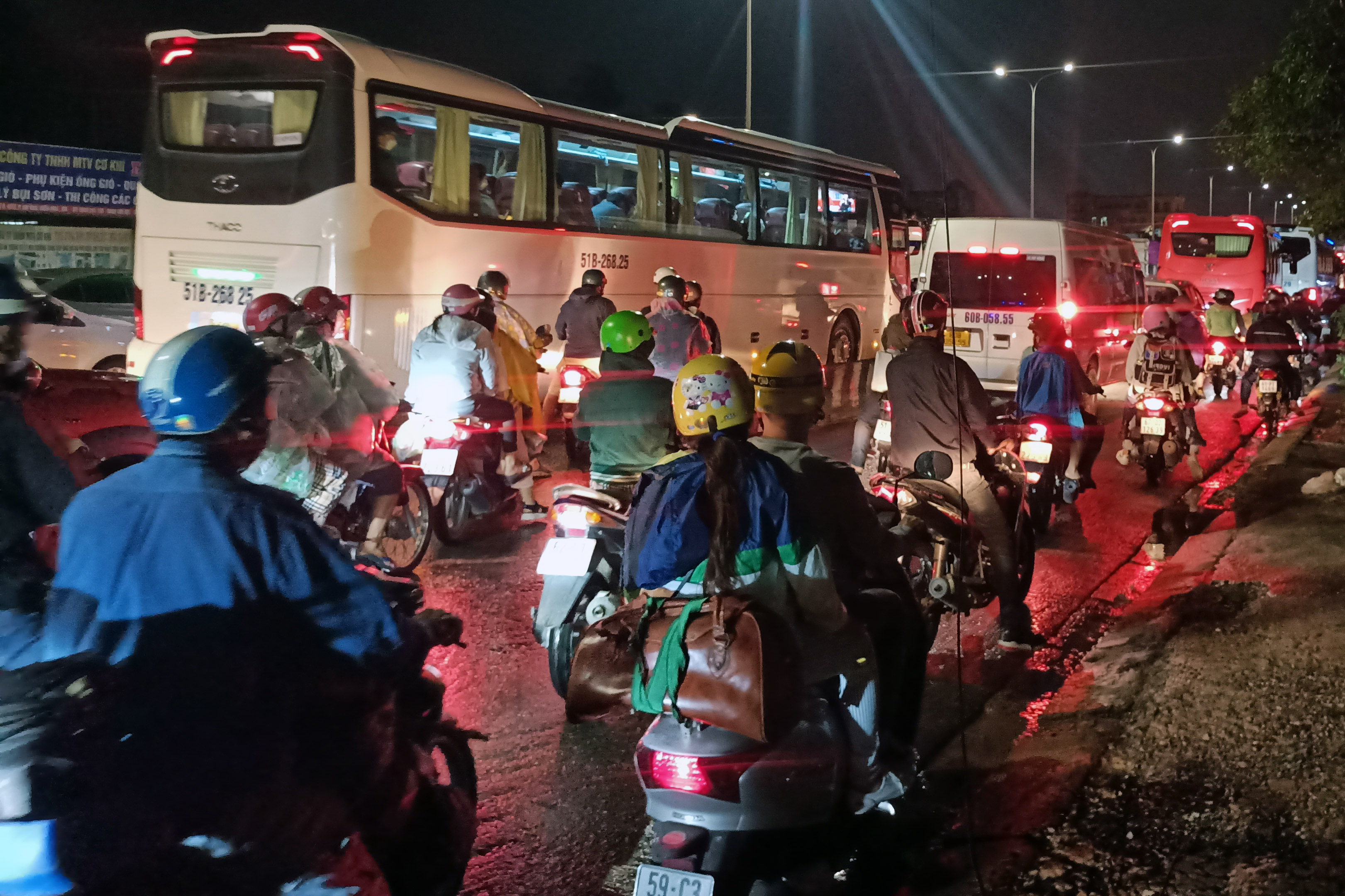 The traffic jam on the section of National Highway No. 51 in Bien Hoa City, Dong Nai Province lasted for more than two hours.

The congestion occurred after an hour-long downpour flooded the route, resulting in difficulties for commuters.

The situation was exacerbated when two cars and a van broke down in the middle of the road.

Many motorcyclists decided to travel on the sidewalks in a bid to exit the congested section as soon as possible.

Traffic on the national highway began to return to normal at about 8:00 pm the same day.

It is common for this section of National Highway No. 51 to become congested, even though it is not rush hour, according to local residents.

A heavy rain can easily cause flooding and traffic jams along this route, they added.