Government to borrow no more than VND673 trillion in 2022

The Ministry of Finance (MOF) has submitted a statement to the Prime Minister about the public debt management program for 2022-2024, and the plan to borrow and pay public debts in 2022. 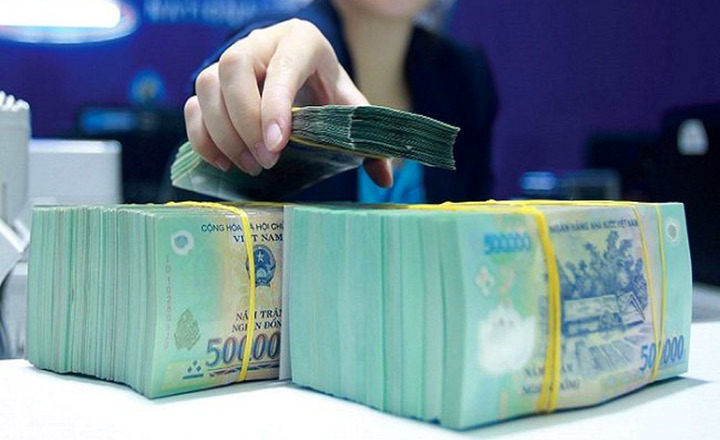 The Government plans to borrow up to VND673.546 trillion this year, including VND450 trillion to cover state budget overexpenditure, VND196.149 trillion to pay principal (equal to estimates approved by the National Assembly in Resolution 34/2021/QH15), and VND26.697 trillion from ODA (official development assistance) and foreign preferential loans for re-lending.

Based on the revised GDP, the public debt by the end of 2022 is expected to reach 45-46 percent of GDP, the government’s debts 41-42 percent of GDP, and sovereign foreign debts 40-41 percent.

The targeted ratio of direct debt payments to state budget collections is 22-23 percent.

“As such, public debts are within the safety line and below the ceiling level allowed by the National Assembly,” MOF states.

According to the ministry, if the state budget collections are not as high as expected and the capital market fluctuates adversely, the Government would have to increase interest rates and use debt instruments with less than a 5-year term to borrow money for the national financial plan and for public debt repayments in 2021-2025. The government’s debt obligations will be adjusted proportionally.

With the ceiling state budget’s overexpenditure increasing to VND240 trillion in 2022 and 2023, the government needs to borrow VND2 quadrillion in 2020-2024.

Of this, the borrowing to cover central budget’s overexpenditure is VND1.31 quadrillion, to pay government’s principal VND612 trillion, and to re-lend to provincial people’s committees, public administrative units and enterprises VND117 trillion.

Regarding the government’s debt repaying obligation, MOF said the total debt repayments in 2022-2024 is VND1.19 quadrillion, of which the direct payment is VND1.045 quadrillion and the payment for the loans for re-lending is VND146 trillion.

MOF warned that with the tax exemption and reduction, the ratio of Government’s direct debt repayment obligations to state budget collections may come close to the 25 percent threshold as stipulated in the NA’s Resolution 23/2021/QH15.

With the plan to increase the overexpenditure in 2022-2023 to implement the socio-economic development program, MOF estimates that public debts would be 46-47 percent of GDP by 2024, and the Government’s debts 44-45 percent, while the ratio of direct debt payment obligation to state budget collections would be 24:25 percent.

After Vietnam launches a stimulus package by pumping more money into the economy, increases in over-expenditures and public debt are expected to occur.

In the annual budget estimate submitted to the National Assembly, the Government always sets an increase in Vietnam’s public debt payment obligations compared to the previous year.