The violent death has been triggering indignation among people nationwide. 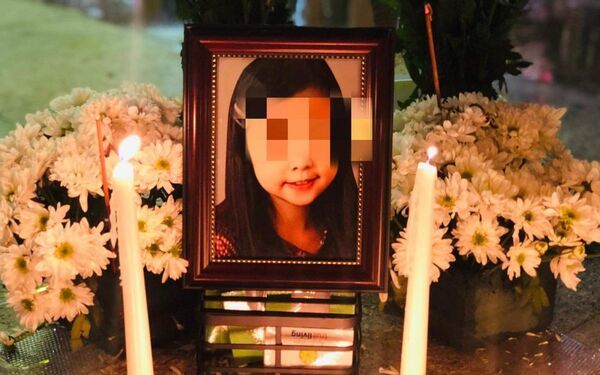 Vietnam’s Deputy Prime Minister Pham Binh Minh on December 30 asked authorized agencies to strictly handle the case of the violent death of an eight-year-old girl in Ho Chi Minh City a week ago.

Authorities are asked to impose strict punishments on offenders and not to miss criminals in the case that involved the victim’s father and his girlfriend.

The request was made following the investigations of Binh Thanh District’s police that detained the perpetrator, Nguyen Vo Quynh Trang, 26, for two months on a “mistreating others” charge under the Penal Code.

In her confessions, Trang said she gave the little girl, N.T.V.A, caning with rattan whip and wood cane when V.A did homework or housework wrongly. V.A was brought to the hospital on Dec 22 and died before reaching the facility, doctors said. The autopsy showed that the baby suffered damage to the chest and abdomen with fracture of the 2nd, 3rd, and 4th ribs on the right, and mild cerebral edema.

Such cruelty has provoked public outrage, calling for strict punishments for the perpetrators including Trang and the child’s father Nguyen Kim Trung Thai.

Under the Deputy PM Minh’s request, the Ministry of Public Security, the Ministry of Labor, War Invalids and Social Affairs, along with other ministries and local authorities are required to strengthen solutions to prevent and combat violence and child maltreatment.

In the latest move, Binh Thanh police on December 31 issued an arrest warrant to Nguyen Kim Trung Thai, 36, the victim’s father to investigate the children abuse case. Trung Thai is also accused of assisting his lover, Trang, in beating the 8-year-old child to death.

Thai knew Trang beat his daughter many times and ever brought V.A to the hospital to heal the injury but he didn’t stop his lover and turned a blind eye to her child maltreatment.

Le Thi Thu, former head of the NA’s Committee for Population, Family and Children, told the media that authorized agencies need to consider proper charges for the father So that he would get what he deserves.

Nguyen Thi Hoai Thu, former head of the NA’s Committee for Social Affairs, shared with local reporters that “As a person who has participated in drafting laws for many years, including the Law on Children, the Law on Prevention of Domestic Violence and many other laws related to the protection of human life, and as a grandmother, a mother, I find it heartbreaking and unbearable, cannot imagine the cruelty and inhumanity of a childless woman with an 8-year-old child.”

Regarding initial investigations, the Ho Chi Minh City Children Protection Association said that the police pressed the charge of “mistreating others” against Trang is not enough, requesting them to change the accusation against her.

Vo Nguyen Quynh Trang, 26, from Gia Lai Province, is to be prosecuted for abusing an 8-year-old child to death.