The petrol price hike, which has led to an increase in nearly all goods and services, from food to medicine to fertilizer, has caused consumers constant anxiety. 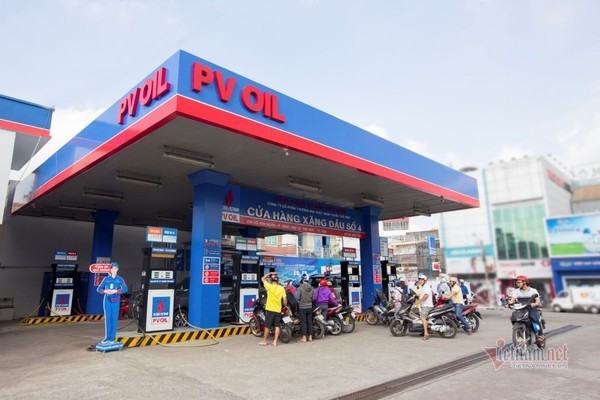 The domestic retail fuel price was adjusted five times from the beginning of the year to March 2. E5 petrol price increased by VND2,918 per liter compared with the first review of the year (January 11), while RON 95 petrol was VND2,958 and diesel VND3,071.

The prices are expected to climb to new peaks in the next review.

According to the General Statistics Office (GSO), the expenses on fuel account for 37 percent of total spending on input materials of the national economy. That is why the crude oil and finished product price increases will have negative impact on the economy.

Nguyen Bich Lam, former GSO General Director, estimated that if the fuel price increases by 10 percent, inflation will increase by 0.36 percent. The CPI in the first two months of the year rose by 1.68 percent over the same period last year. The fuel price caused the CPI (consumer price index) to go up by 1.63 percentage point.

With the prices of petrol and other goods on the increase, the pressure on inflation in 2022, according to Lam, is high.

The first pressure lies in the sharp increase in aggregate demand, which can be seen in the positive growth of retail turnover (it was negative in 2021). The economic stimulus package worth VND350 trillion will push up aggregate demand. Meanwhile, an aggregate demand increase is the major reason behind inflation.

Labor shortages, which force businesses to spend more money to recruit workers and train them, will also cause production cost to increase.

Nguyen Ba Khang from the National Finance Supervisory Council noted that current conditions are different from the previous inflation cycles.

The inflation in the past was caused by high aggregate demand which was higher than the potential output of the economy. At this moment, the inflation is caused by the lack of basic goods that serve production.

He said that in order to control inflation, it’s necessary to implement different policies in harmonization, including fiscal and monetary polices, as well as other support policies.

Short supply will push prices up

“Comtrolling aggregate demand, credit and worrying too much about high money supply are not problems for now,” Khanh said.

“We need to focus on the goal of recovering the economy and in order to do that, price stabilization and inflation control play a very important role.

“It’s necessary to stabilize the macroeconomy and control goods price increases. If this can be done, there will be a foundation for sustainable economic development,” Khang said.

Lam believes that if prices are stable and inflation is controlled, this will accelerate economic recovery. Once prices are stabilized, macro certainties will be maintained. Vietnam has been doing this well, leading to confidence in the business community.

Once prices are stable and inflation is controlled, this will facilitate investment project implementation, especially infrastructure projects. Price increases will force contractors to renegotiate with investors, thus causing projects to go slowly. If projects can be executed quickly as initially planned, they will contribute to GDP growth.

Also, when prices are stable, people’s income won’t decrease and they will feel secure in spending money and making investments, which can help push total demand up.

According to the expert, macro stability will not pose risks and reduce the effectiveness of fiscal, monetary and other policies, especially those outlined in the VND350 trillion dong support package.

Lam does not think the economic stimulus package will lead to inflation.

“In the monetary package, the National Assembly and Government have decided to reduce the VAT (value added tax) from 10 to 8 percent applied to many goods and services. So, the policy won’t lead to money supply increase. Regarding the interest rate subsidy, this doesn’t mean pumping more money into the economy. The solutions have been designed well by the Government and ministries and won’t cause high inflation,” he said.

In other words, pressure on inflation from the economic stimulus package won’t come from the money supply, but from ensuring material supply for the national economy.

So, in order to control the inflation, it’s necessary to ensure enough supply, and prevent supply chains from disruption, he noted.

The EU-Vietnam Free Trade Agreement (EVFTA) and the Investment Protection Agreement (IPA) are the most ambitious agreements in terms of market access, rules and values that the EU has ever signed with a developing country like Vietnam.