Fuel supply sufficient, only 30 of 16,000 filling stations have stopped selling 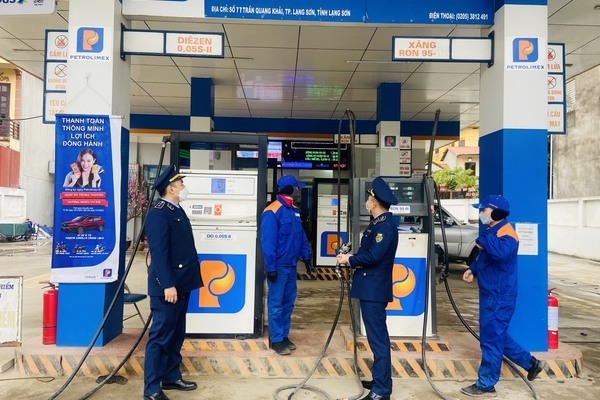 When reporting the fuel supply at a meeting on February 22, 2022, the Ministry of Industry and Trade (MOIT) said the information needs to be provided in a way so as to create consensus in public opinion, and not cause anxiety and market chaos.

HCM City has 548 filling stations, and only eight stations stopped selling fuel for only one to two days. However, the information was reported as a large scale stoppage.

There are 16,000 filling stations throughout the country, and only 20-30 stations stopped selling temporarily. However, the figure was exaggerated, causing misunderstanding that fuel was running out. As a result, people rushed to buy petrol, resulting in a supply-demand imbalance and threat to fire prevention and control.

MOIT said at the filling stations belonging to large distributors such as Petrolimex and PV Oil, which hold 95 percent of market share, sales have been maintained with no interruption.

In some southern localities, including Hau Giang, Can Tho, An Giang, Long An, Ca Mau, HCM City and Dong Nai, some filling stations stopped selling petrol. Soon after receiving reports from localities, MOIT contacted petroleum distributors and asked to provide fuel to the retailers.

Regarding fuel supply, Nghi Son Oil Refinery reported that because of financial problems, the refinery has had to cut production capacity. It’s now running at 55-60 percent of capacity.

It’s expected that Nghi Son will provide 80 percent of monthly plan in March (it initially planned to deliver 680,000 cubic meters, but may deliver 540,000 cubic meters only – 50 percent cut for petrol and 30 percent for DO).

The oil refinery is expected to run at 100 percent capacity from mid-March to the end of May, but there is still no plan on delivering fuel to distributors in April and May. It’s still unclear about the production maintaining capability after May.

In 2021, Nghi Son produced 6.7 million cubic meters of petroleum products, which accounted for 34 percent of total petroleum consumption of the country.

However, the 5 percent increase in supply (28,000 cubic meters) is not enough to offset the supply decrease from Nghi Son. In 2021, Binh Son put out 7.2 million cubic meter, which accounted for 35.7 percent of total consumption.

MOIT said that local supply shortages will be settled soon.

The Ministry of Industry and Trade has consulted with the Ministries of Finance and Planning and Investment over a plan to auction more than 100 million liters of RON92 gasoline, which is used to produce bio-fuel E5, in the national reserves.

Domestic petrol prices have hit an eight-year record high following the latest price adjustments made on February 21, dealing a heavy blow to ongoing recovery efforts of firms that have borne the brunt of the prolonged COVID-19 pandemic.