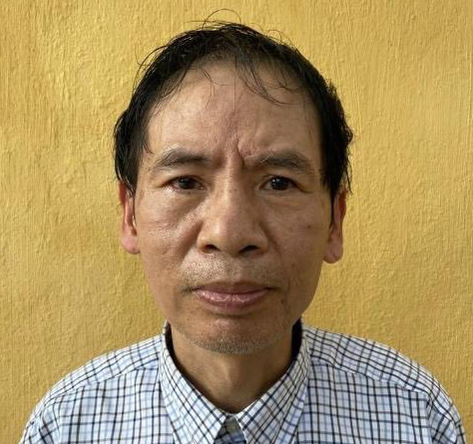 Nguyen Van Nam, former director of ASA JSC, at the police station in this supplied mugshot

Police officers have arrested the former director of a Hanoi-based company for manipulating stock prices by illegally floating US$3 million worth of shares on the market.

Lieutenant General To An Xo, spokesperson of the Ministry of Public Security, confirmed on Monday that officers had taken in and initiated legal proceedings against Nguyen Van Nam, former director of ASA JSC for fraud and appropriation of property.

The arrest warrant had been approved by the Supreme People’s Procuracy.

Officers have also searched Nam’s house to facilitate their investigation.

The ex-director was accused of creating false bids and offers on the stock market to manipulate ASA share prices.

Officers are continuing their probe and will take statutory measures to recover Nam’s illegal assets.

Police call on agencies, organizations, individuals, and investors that fell victim to his scheme to supply related documents and evidence in order to support the probe.

Documents can be sent to the headquarters of the police division on corruption, economic crime, and smuggling at 47 Pham Van Dong Street in Mai Dich Ward, Cau Giay District, Hanoi.