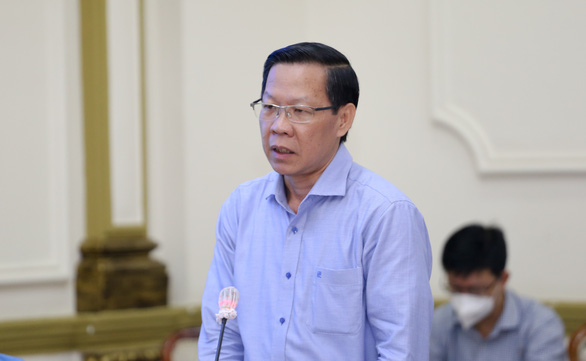 After Hanoi and Quang Nam Province, Ho Chi Minh City has recorded five people suspected to contract the coronavirus variant Omicron but all of them have later tested negative, local health authorities said on Saturday.

These five people entered Vietnam through the southern city’s Tan Son Nhat International Airport on flights from December 21 to 25.

They include a 29-year-old Turkish woman, who is a flight attendant, and four Vietnamese, including two men and two women, aged 22 to 49, the city’s Department of Health reported.

The above five cases were sampled for testing several days ago and were later found infected with the Omicron variant via genome sequencing conducted by the Ho Chi Minh City Pasteur Institute, the department said.

However, they were retested on Friday and all of them were confirmed to be negative for the strain, the department said, adding that their health conditions were stable.

The department has assigned the local Center for Disease Control to announce the list of all passengers on the same flights with these five people for infection tracing purposes.

Earlier at a meeting on COVID-19 developments on Friday, chairman Phan Van Mai mentioned these suspected Omicron cases and forecast that similar cases might continue to appear in the city in the coming time.

According to health experts, the new strain Omicron seems more contagious but less lethal than previous strains of coronavirus.

The chairman requested all district authorities and concerned agencies to make more efforts to better control epidemic developments and strengthen inspections to ensure no large gatherings for celebrating the New Year and the coming Tet (Lunar New Year) holiday, which will start on February 1, 2022.

The city’s leader asked local Department of Health to boost their monitoring to detect new Omicron cases and handle them according to the prepared plan.

Authorities of all levels must tighten management over people entering the country under current regulations.

The chairman also called for coordinated efforts to complete the third-dose vaccination coverage, which include booster shots and additional primary jabs, for the city’s adult population in January 2022, with priority given to the high-risk group, including people over 50 years old or with underlying health conditions.

Following the announcement of the suspected Omicron infections, the health department has decided to give rapid COVID-19 tests to all people entering the city from abroad at the Tan Son Nhat International Airport since January 1, 2022.

Such tests will facilitate early detection of COVID-19 cases, from which infections of the new strain Omicron, if any, will be identified by genome sequencing, the department said.

Also from the first day of the new year, all arrivals from abroad will make health declarations using QR codes granted by the department.

Around 600 people will touch down the Tan Son Nhat International Airport during the first day of 2022, Tang Chi Thuong, director of the department, told the meeting.

Under the new rules, people with full COVID-19 vaccination will not be put in quarantine when they enter Vietnam, but they instead will be observed and monitored at home.

Therefore, grassroots authorities should coordinate with the health sector in controlling people entering the city from abroad, Thuong said.

The first Omicron infection in the Southeast Asian country was detected in a man who arrived in Hanoi from the UK on December 19 and was quarantined upon arrival.

After he tested positive for COVID-19, health experts conducted genome sequencing and officially confirmed he was carrying the Omicron variant on December 21.

The central province of Quang Nam on Thursday became the second locality affected with the new variant with 14 infections officially affirmed. All these cases are Vietnamese passengers returning home from South Korea and the U.S.

In recent time, Ho Chi Minh City, with high vaccination coverage rates, has seen its daily COVID-19 cases and fatalities sharply reduced, to 557 infections and 34 deaths on Friday from 1,497 and 76 on November 30, respectively, according to the Ministry of Health’s data.

However, the city remains the locality suffering the most from COVID-19 in Vietnam, recording 504,583 COVID-19 cases and 19,512 deaths since the pandemic erupted in the Southeast Asian nation in early 2020.