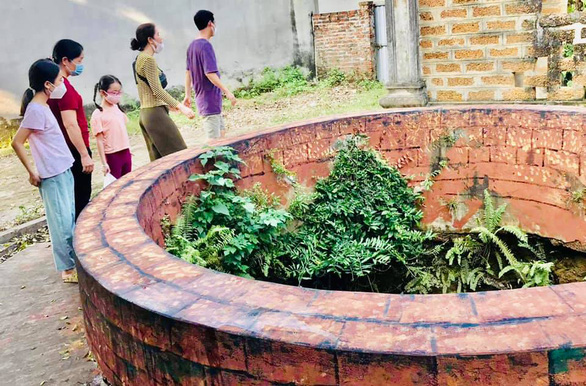 Authorities of Duong Lam Commune in Hanoi’s outlying Son Tay Town have recently imposed an administrative fine of VND2 million (US$90), on a painter of a film making crew following his unlawful action of painting a national heritage ancient well for film shots.

Truong Duc Thang, the film crew’s painter in question, vilolated Vietnam’s laws on culture and advertising by arbitrarily changing the state of the ancient well, which is recognized as a historical-cultural relic, according to government regulations.

The film crew has been required to return the ancient well to its original condition, according to Phan Van Hoa, chairman of the Duong Lam People’s Committee.

The production team had been filming a comedy in Duong Lam Village, where they transformed the well in its intact condition with green patches of moss and ferns into a new honeycomb stone look-alike without permission.

Such transformation has upset many villagers who regarded the well as a ‘sacred space.’

The national heritage ancient well in Duong Lam is listed among the most protected areas, which must be preserved intact by all means, in compliance with the Vietnamese Law on Cultural Heritage.

Any individual or organization that wants to alter heritage sites is required to secure approval from relevant agencies first, chairman Hoa said.