A man in Mekong Delta owns thousands of fish that can be bottle-fed and eat feed ashore. 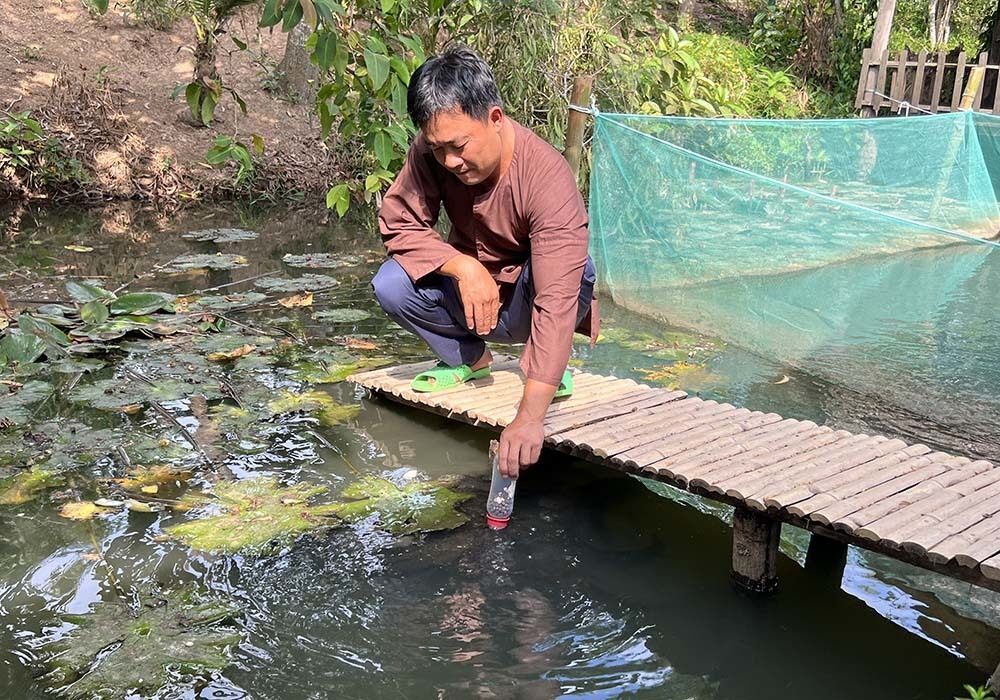 The owner of sheatfish (Clariidae) and snakehead fish (Channa striata) is Nguyen Thanh Tam, 43, from Can Tho City.

Tam said sheatfish live on the bottom layer of lakes and ponds and are voracious. Around five months ago, he bought 700 breeders to raise in nets.

In each net, Tam sets a sponge piece and then sprays food on the piece. Thousands of fish come to the surface and climb on the sponge pieces to eat. 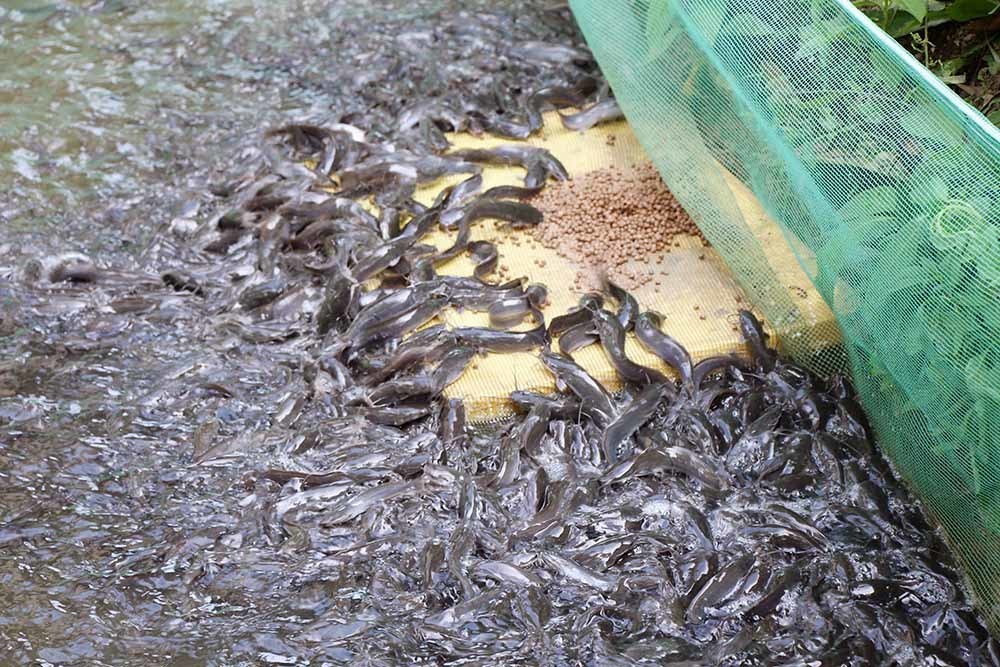 To select ‘smart’ sheatfish, Tam bought 10,000 fish breeders and then selected the strongest ones to train them to climb high. According to Tam, his fish can climb 7 centimeters high.

Tam is also the owner of a flock of thousands of flying snakehead fish. Every time he drops food, they fly up and grab the bait. It took Tam a lot of time to train the fish to grab food.

When the flying snakehead fish get older and bigger, they became less inclined to ‘fly’. Tam took them to big ponds. When living in ponds, the fish are shy. Tam had to spend a lot of time to train the fish to eat from a bottle.

“At first, when seeing people, the fish disappear. I had to spend a lot of time training them,” Lam said as he poured food balls into a feeder, creating a sound to ‘invite’ fish to eat food.

At first, only several fish came to be bottle fed. But now they compete to get the food.

“I have several thousand snakehead fish. Most of them are aggressive. Some of them even hold the bottle in their mouth and drag it away.”