Handbags and leather shoes labeled as LV, Gucci, Nike and Chanel’s products are selling in many locations, from sidewalk shops to traditional markets to social networks. 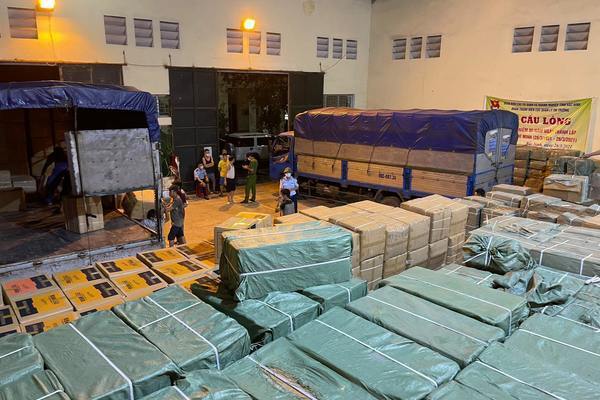 “The smuggling and trading of counterfeit goods and infringing upon intellectual property rights in 2021 has not decreased,” said Nguyen Hung Anh, head of the Anti-smuggling Investigation Agency.

Customs agencies have discovered many cases with large value, but these are a small number of the total number of cases.

The products were Nike and Adidas counterfeited footwear and clothes. There were also handbags and belts labelled as Hermes, LV, Chanel and Gucci products. The consignment was worth VND1.6 billion.

Meanwhile, consumers can buy products bearing the same brands from social networks at just hundreds of thousands of dong. Consumers know they are fake, but still buy them.

As such, they inadvertently lend a hand to institutions and individuals who make illicit profits, infringe on others’ rights and the legal benefits of rights holders.

Vu Thi Kim Hanh, Chair of the Vietnam Business Association of High-Quality Vietnamese Goods, pointed out that many counterfeit goods appear in the year-end sale season.

Dang Van Dung Steering Committee 389 noted that it’s difficult to fight against counterfeit goods because of the promised profits, high demand and limited production capability of domestic enterprises. In many cases, civil servants even lend a hand to criminals. The sanctions against violators are not heavy enough to deter them.

However, he said the coordination between forces in the fight against smuggling and trade fraud has improved, especially since the day the Government set up Committee 389.

The General Department of Customs (GDC) said that risks in transit services continue to exist as smugglers try to carry prohibited goods into Vietnam.