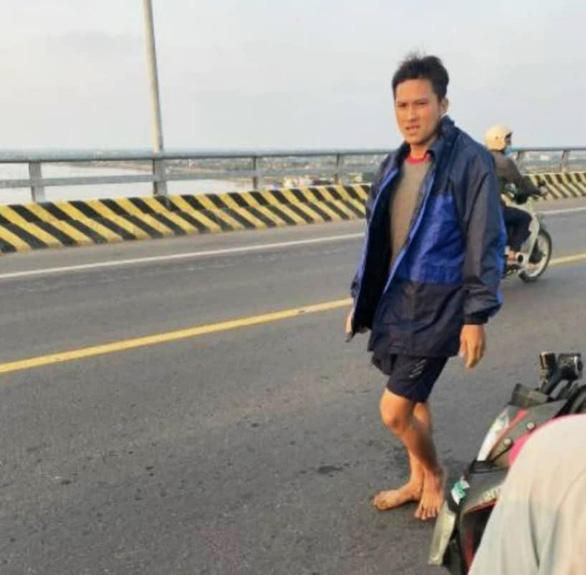 A former navy soldier did not hesitate to jump from a high bridge to save a suicidal teenage girl from drowning in Nam Dinh Province, northern Vietnam on Sunday.

Nguyen Van Chinh, 28, a local in the province’s Hai Hau District, jumped into the Ninh Co River to save a schoolgirl who attempted suicide late on Sunday afternoon.

At around 5:30 pm, Chinh was crossing the Thinh Long Bridge, on the way home from work, when he saw a chaotic scene and heard many shouts about a girl who had jumped into the river, the man narrated.

Chinh, a recently discharged naval soldier, then jumped from the bridge into the river, around 30 meters deep below, and managed to bring the girl to the riverside safely.

The girl, a grade-8 student at a local school, was then taken to a hospital for care and she recovered later.

The student told Chinh that she attempted to take her own life after experiencing an exam with bad results, for which she was afraid of being scolded by her relatives.

The teenager added her parents are divorced.

Chinh’s brave action was recorded in a video clip that spread rapidly on social media and attracted thousands of views and shares praising and honoring the man as a hero.

The Hai Hau District administration sent a representative to pay a complimentary visit to Chinh at home after receiving reports about his brave jump.

Chinh told Tuoi Tre (Youth) newspaper that anyone in his position would do the same.

Not everyone dares to jump from a 30-meter height into a river with swift flowing currents near the sea mouth to rescue a person like Chinh, Hieu commented.