Ex-Hanoi chairman gets three years for abuse of power 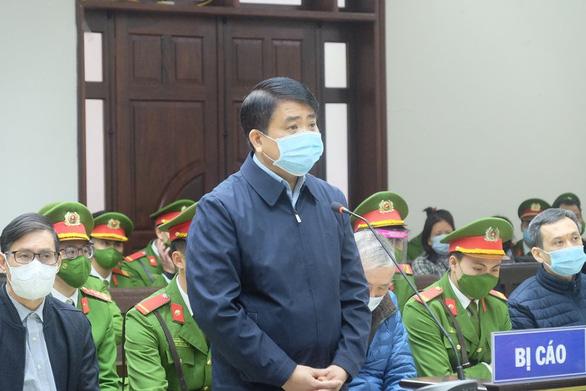 A Vietnamese court has sentenced a former chairman of the Hanoi administration to three years imprisonment for power and position abuse, his third conviction from late 2020.

After five days of trial, the People’s Court of Hanoi on Friday gave the jail term to former chairman of the Hanoi People’s Committee Nguyen Duc Chung on charges of “abusing positions and powers while performing duties.”

Chung was convicted for his involvement in the case of violating bidding regulations that occurred at the Hanoi Department of Planning and Investment several years ago and resulted in serious consequences.

The mastermind in the case is Bui Quang Huy, general director of Nhat Cuong, a technology firm and mobile phone vendor, who has fled and has been in the police’s wanted list.

According to the indictment, Chung illegally interfered in the bidding process for a package digitizing business registration documents at the Department of Planning and Investment in 2016.

He later asked the department to allow Nhat Cuong to pilot digitalization of the auction with the purpose of making the company win the package and enjoy benefits.

The court commented that Chung had committed a crime that not only violated laws but also serious affected the reputation and image of public authorities in Hanoi.

Huy’s and his accomplices’ violations have falsified the contractor selection results and led to ineffective project implemetation, causing damage of more than VND26 billion (US$1.13 billion) to the State’s budget, the court concluded.

The jury assessed that the defendants’ behaviors were dangerous to the society, caused damage to the State, infringed on bidding activities, and affected the transparent competition of economic activities.

During the trial process, only Chung claimed him innocence, while the other defendants pleaded guilty.

Regarding civil liability, the court forced Dong Kinh to return more than VND6.6 billion ($288,800) to the Hanoi Department of Planning and Investment, while the six above defendants were ordered to jointly compensate the department with over VND13.8 billion ($603,800).

This is the third legal case that the former Hanoi chairman has faced over the past more than 12 months.

On December 11, 2020, Chung was sentenced to five years in prison for appropriating the State’s secret files, and the second jail term, of eight years, was given to him on December 13, 2021 for the same offense as the third case.