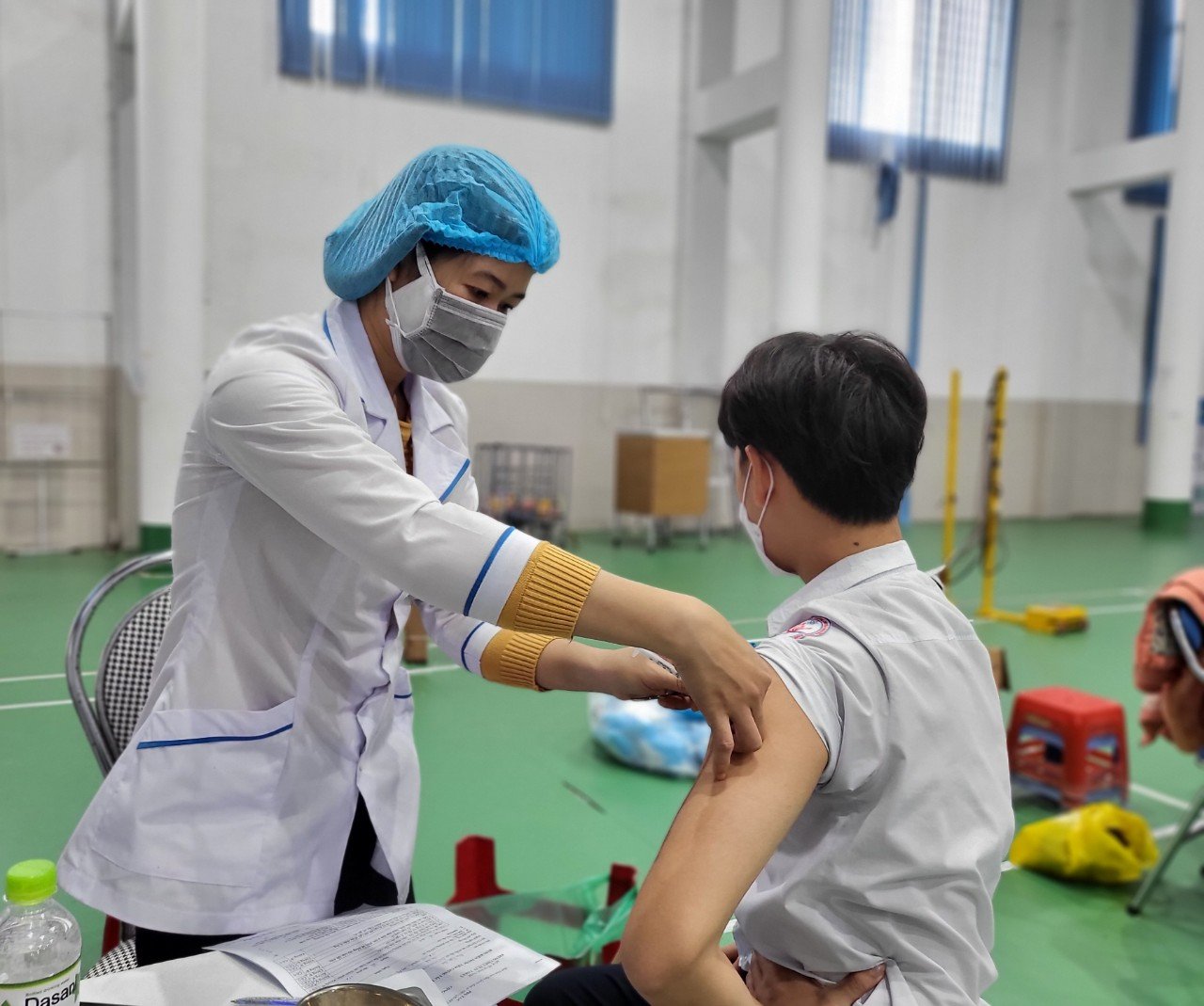 An eleventh grader from central Vietnam has died three days after receiving COVID-19 vaccination, with health authorities ruling out anaphylaxis as the cause of his death.

An official in Hoi An City, Quang Nam Province confirmed on Saturday evening that local authorities were working to determine the reason behind the death of the high school student.

On Wednesday, health workers in Hoi An began administering COVID-19 vaccine to more than 1,000 students at Nguyen Trai High School.

Among these students, an eleventh grader was having a headache but did not state it in his health declaration form.

Health workers later gave him a dose of vaccine as they believed he was in normal health conditions.

As his headache worsened on Saturday morning, he was admitted to Thai Binh Duong General Hospital in Hoi An.

He was later transferred to C Hospital in neighboring Da Nang City, but passed away on the same day.

According to doctors at the hospital, the boy was diagnosed with meningitis.

Health authorities have yet to make a conclusion about the cause of the student’s death, but they have ruled out post-vaccinal anaphylaxis.

Earlier on Thursday, an eleventh grader in Tam Ky City, also in Quang Nam Province, was hospitalized after receiving two shots of COVID-19 vaccine in a row.

His principal confirmed on Friday that he was in stable health.

Vietnam has plans to vaccinate around nine million children aged 12 to 17 against COVID-19 using the Pfizer-BioNTech vaccine through a campaign that kicked off in November.

As of December 15, nearly six million children in this age group had received at least one dose, while more than 1.5 million had been jabbed twice, according to the Ministry of Health.

Around 0.3 percent of the vaccinated children have experienced such reactions as fever, pain at the injection site, muscle soreness, headache, and fatigue, the ministry stated.

Prior to the case in Quang Nam, the country had recorded at least five deaths following COVID-19 vaccination in children aged 12 to 17.