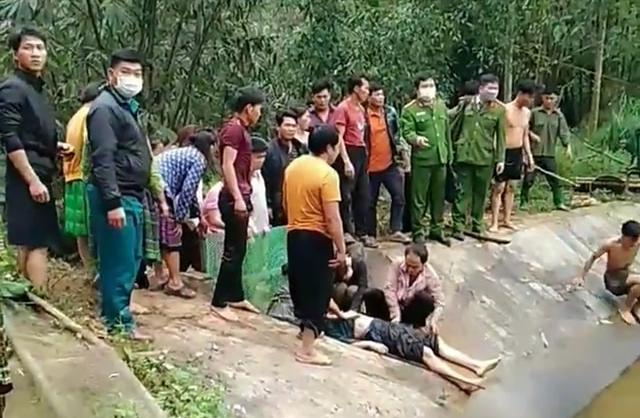 A 66-year-old man drowned with a married couple after a failed attempt to rescue the latter in a pond of his house in the northern Vietnamese province of Yen Bai on Tuesday.

As S. slipped while collecting mud in a pond of C.’s house to sow seeds, D. rushed in to save his wife but failed.

After C.’s grandchild saw the married couple struggling in the pond and told him, C. tried to rescue them but also drowned.

“At the time of the incident, everyone else was working in the fields, so there were no adults left to save the three victims,” chairman Hung said.

Functional forces handed the victims’ bodies to their families on Tuesday afternoon, before local authorities paid condolences to the families later the same day, according to Hung.

The chairman added that D. and his wife have two children, who are in fifth grade and ninth grade.

They are H’mong ethnic people and are considered ‘near-poor’.