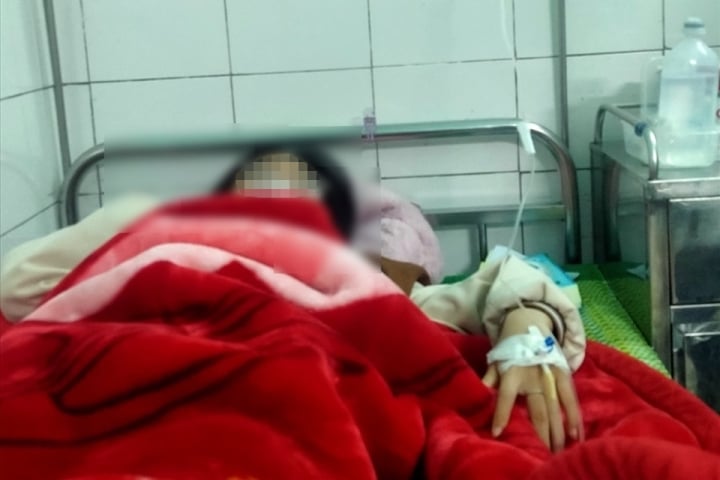 N.P.A. is treated at the hospital in Thai Binh Province, Vietnam in this photo supplied by her family.

Police in Thai Binh Province, northern Vietnam are investigating a case where an eighth-grade school girl was hospitalized after being assaulted by her classmate’s father.

A police official in Thai Thuy District, Thai Binh Province told Tuoi Tre (Youth) newspaper on Thursday that the unit had received a report on the incident from the victim’s family and is gathering evidence to facilitate the investigation.

Do Truong Son, head of the bureau of education and training in Thai Thuy District, confirmed the information, adding that Thuy Ninh Elementary and Middle School, where the victim is enrolled, had submitted an initial report on the case.

At around 2:30 pm on February 5, 14-year-old N.P.A., who studies in class 8B at Thuy Ninh School, and her two friends went to the house of her classmate – P.T.P.L. – to solve a conflict they had previously had on social media.

The girls had a conversation which led to violence, before A. and her friends left on their electric bicycle.

He then chased after A. and her friends in his car and began attacking the girl.

According to A.’s family, Duan kicked the girls off their bicycle before grabbing A.’s by the hair, slapping her, and threatening her.

The attack was recorded on a CCTV camera positioned at a local resident’s house.

Family members later took A. to the hospital due to headache and vomiting after the assault.