Dr Tran Dinh Thien, former Director of Vietnam Economics Institute, said Vietnam has the opportunity to recover the aviation and tourism industry and must not miss the opportunity. 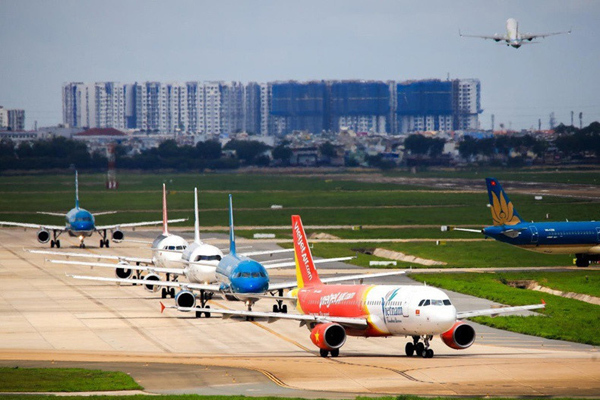 Thien said tourism and aviation play an increasingly important role in the world of globalization and integration, when people’s incomes and the demand for discovering the world increase.

Both industries have suffered heavily over the last two years because of the Covid-19 pandemic. In Vietnam, the losses have been comparatively larger. This is simply because Vietnam’s economy is still not strong enough, while the openness of the economy is high.

At this time, when the understanding about the pandemic has improved and people now have conditions and tools to fight the pandemic, many countries have reopened tourism and returned to the new normal.

Vietnam has one of the highest vaccination coverages in the world. It has given up the ‘zero covid’ strategy. “The Government has issued policies to facilitate early reopening and support the aviation and tourism industries. This is the right path. Of course, there are still many things that need to be done,” Thien said.

Bui Minh Dang from the Civil Aviation Authority of Vietnam (CAAV) said the recovery and development of the aviation sector will depend on the number of foreign tourists to Vietnam. They account for 70 percent of total passenger air transport output. International flights make up 60-70 percent of profits of Vietnam’s air carriers.

The current frequency of international flights to/from Vietnam is 370 flights/week, or 53 flights/day. The figures were 4,185 flights/week and 598 flights/day in the 2019 winter flight schedule. As such, the current number of flights is just 1/10 of that before the pandemic.

Since February 1, the number of international passengers on flights to/from Vietnam has been just 200,000, according to Luong Hoai Nam, an aviation and tourism expert.

He blamed this on Vietnam’s tardiness in reopening tourism to foreign travelers. There are still too many barriers to resume international flights, including passport, visa and views on pandemic prevention and control.

Bui Doan Ne, Deputy Chair and Secretary General of the Vietnam Aviation Business Association (VBA), told VietNamNet that the association would send a document to the PM to propose solutions to fully reopen the aviation market to receive international travelers.

Second, the association believes that Vietnam needs to consider expanding the unilateral waiver for citizens of other countries/territories other than the 13 above, for example, China, Taiwan, Australia, the US and Canada.

Third, it believes that Vietnam needs to consider extending the unilateral visa waiver time (the time now is 15 days).

Ne said that the National Assembly has approved an economic stimulus package and aviation enterprises, especially airlines, need to access preferential loans to recover and develop.

He called on ministries, branches and local authorities to soon publicize policies and regulations (on pandemic prevention and control, visa, passport, insurance and immigrant management, for example), so that airlines and travel firms can make preparations to serve clients.

Nguyen Hong Thai from the Hanoi Transport University said ministries, branches and localities need to apply consistent policies in order to avoid obstacles for businesses and travelers. Meanwhile, localities need to support travel firms to connect each other so as to build a high-quality and safe service chain.

In order to open the door to welcome international tourists safely and effectively, it is necessary to issue instructions on procedures for entry and exit, ensure medical safety at international border gates, and uniformly deploy policies nationwide. Along with that, Vietnam’s regulations for international visitors need to be widely announced as a commitment to tourists, airlines and tourism businesses abroad.

According to Thien, some countries have not taken the move to reopen their markets. This is a great opportunity for Vietnam to make a strategic move to reopen to increase competitiveness of the aviation and tourism sectors, contributing to the recovery and development of the entire economy.

The proposals by MOH on requiring foreign arrivals not to leave accommodations for the first 72 hours in Vietnam have discouraged travel firms. They say the overly strict requirement is contrary to the Government’s policy on tourism reopening.

The Ministry of Health (MOH) has proposed that foreign travelers to Vietnam have negative PCR testing results and should not leave their accommodations for 72 hours after entry.