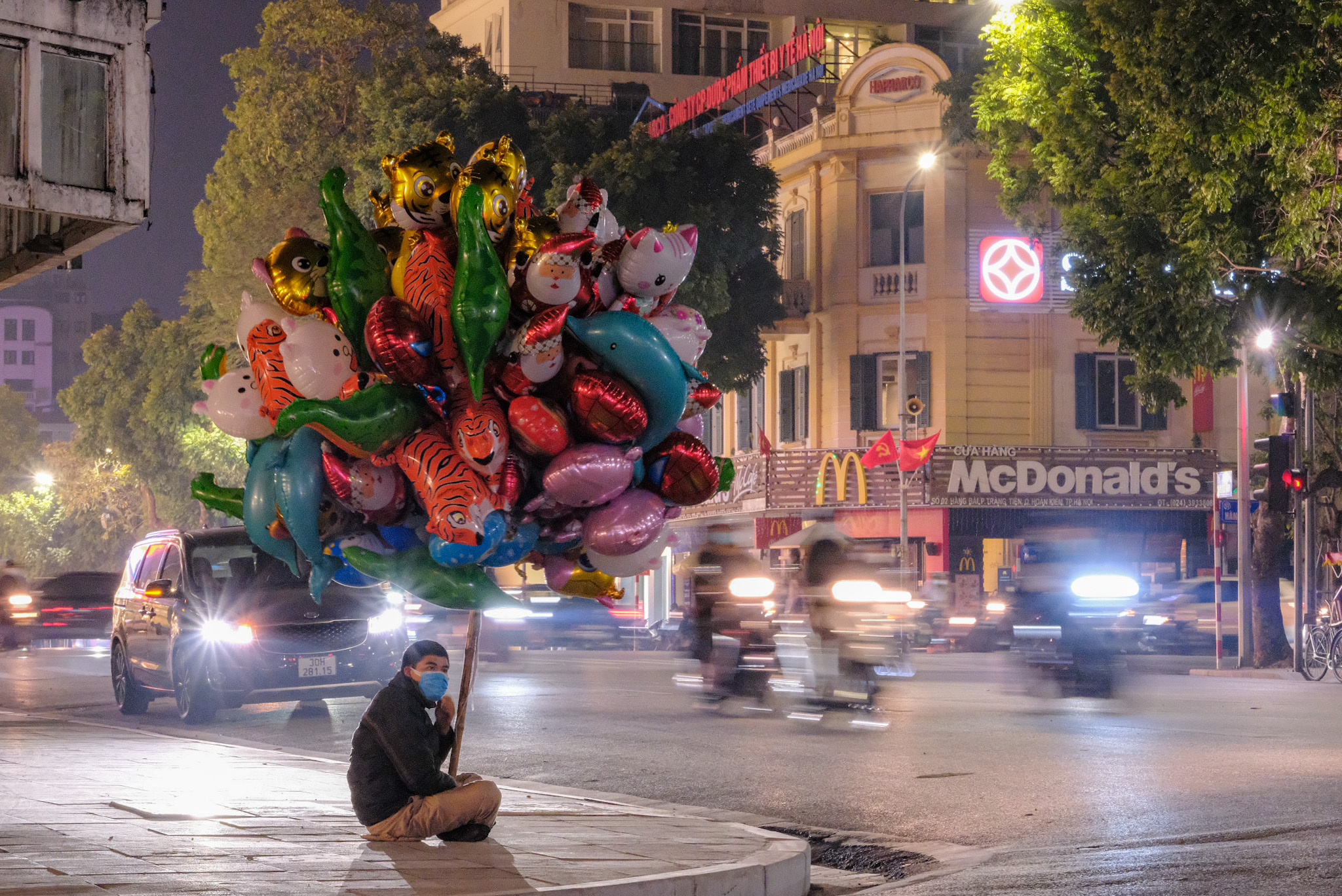 A balloon vendor sits at a corner on a street in Hanoi on the night of December 31, 2021. Photo: Tuoi Tre

People in Hanoi witnessed tepid New Year celebrations due to the complicated developments of COVID-19 on Friday night when the Vietnamese capital city ushered in 2022.

The capital city had led the nation in the number of daily infections, ranging between 1,600 and over 1,900 cases, for ten consecutive days.

Only a few people either took photos or walk around Hoan Kiem Lake while police officers patrolled the downtown areas to prevent large gatherings on Friday night.

In the central city of Da Nang, it appeared that people gave the priority to the prevention and control of COVID-19 over the festive celebration after the adjacent province of Quang Nam had recorded 14 Omicron infections.

Only some revelers celebrated the New Year’s Eve with families and friends at restaurants and food and beverage joints.

At the same time, the only countdown event held at Trung Vuong Theater limited the number of attendants to 200, with some young residents waiting outside to embrace the new year atmosphere.

Hanoi and Hung Yen have documented more than 46,000 and 5,100 COVID-19 infections, respectively, since the fourth virus wave hit Vietnam on April 27.

Over 101 percent and 89 percent of adults in the two localities have correspondingly been fully vaccinated, according to the national COVID-19 vaccination portal.

More than 11,100 and 6,100 cases of coronavirus have been respectively found in Da Nang and Quang Nam, where over 101 percent and 76 percent of adults have correspondingly received two doses of COVID-19 vaccines.