A number of problems and violations in social housing use and management in Hanoi, HCM City, Da Nang, Khanh Hoa, Binh Dinh, Phu Yen and Dak Lak have been found recently. 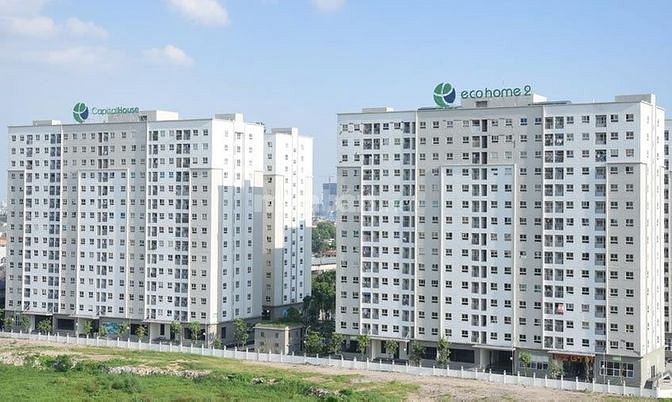 The Ministry of Construction (MOC) has sent a document to municipal and provincial authorities requesting more inspection and monitoring about the use and management of social housing products.

The ministry pointed out that mass media have recently reported about violations in a number of localities. In many cases, social housing buyers are not those stipulated in legal documents, project developers and customers change the design of the construction works, and apartments are not used for the right purposes.

The ministry has asked to strengthen the examination and supervision of the use and management of social housing in accordance with the laws. It says it needs to focus on some issues to be sure that the products are sold to right people. It’s necessary to clarify the responsibilities of institutions and individuals involved in the cases.

MOC has urged to immediately fix the existing problems and strengthen state management efficiency in the social housing sector in order to prevent exploitation of the state’s policies on social housing to seek illegal profits.

The Hanoi Construction Department has released a document on the solutions to strengthen management and use of social housing in Hanoi in 2021-2025.

The department requests that developers of social housing projects, after signing contracts on selling and leasing social housing products, have the responsibility of drawing up the lists of families and individuals who have signed contracts at the projects. There must be photos of members of the families.

The department has also promulgated the regulation on the cooperation among developers, local authorities, management units and policemen to strengthen supervision over the residents at social housing projects.

The department has recently found cases which used social housing products for wrong purposes, including a case at No 30 Pham Van Dong street in Dich Vong Hau ward of Cau Giay district. The buyer broke the wall that splits two apartments to create a new larger apartment.

In other cases, people buy social housing products for re-rent to others, not for use. The violation was discovered at No622 Alley of Minh Khai street, Quoc Oai new urban area (Ecohome 2) and Ecohome 1.

Provinces in the Southeastern region are making efforts to build more social housing units to address the housing needs of migrant workers from other parts of the country.

Housing for workers has once again become a hot issue after tens of thousands of migrant workers left cities to return to their hometowns during the fourth Covid-19 wave.