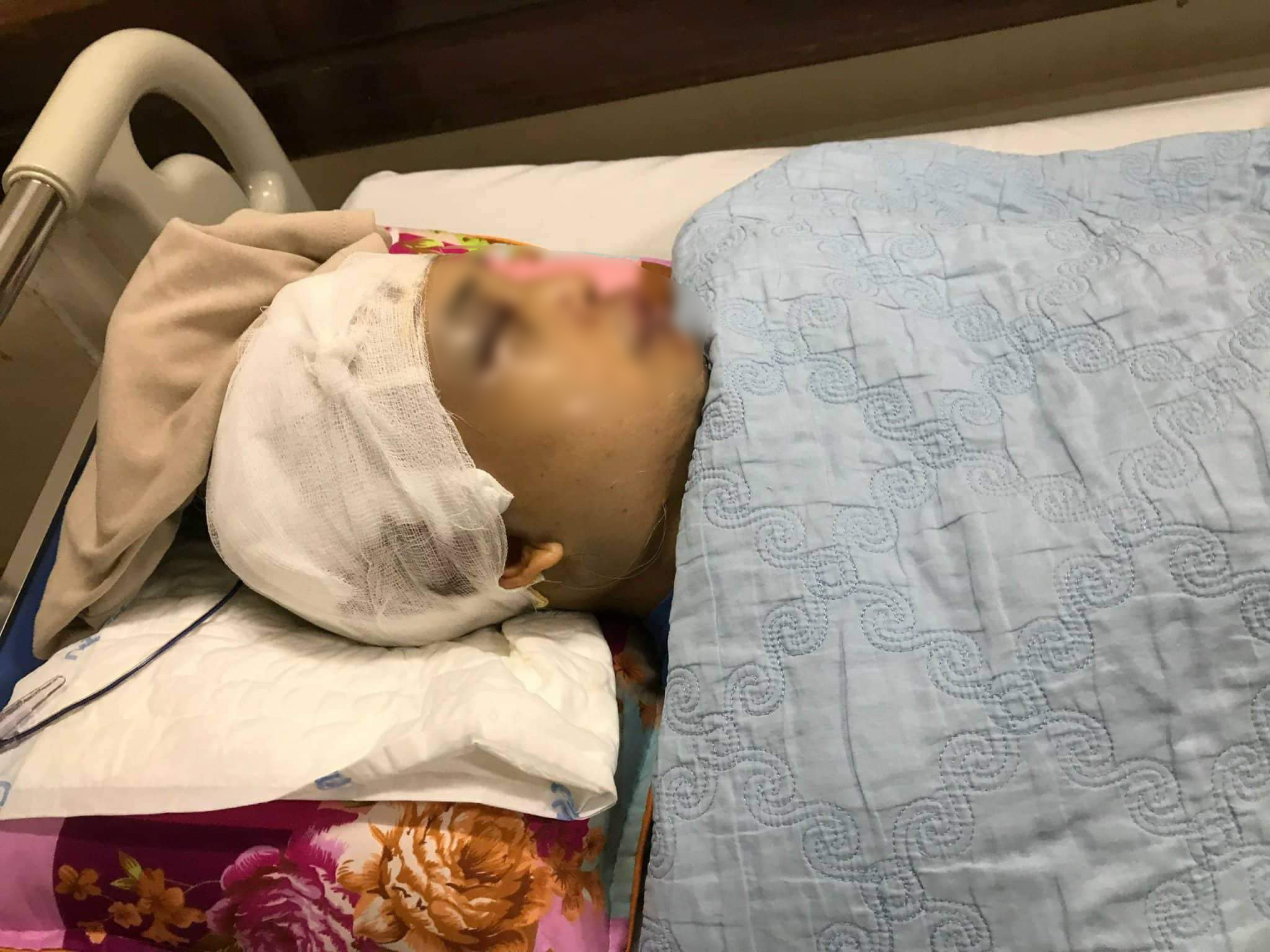 Nguyen Van Hanh, vice-chairman of the People’s Committee in An Thuong Commune, Hai Duong Province, is being treated at the hospital. Photo: D.T. / Tuoi Tre

The vice-chairman of a commune-level administration in Hai Duong Province, northern Vietnam suffered a serious brain injury after being attacked by thugs while performing his duty last week.

Nguyen Xuan Thang, chairman of the People’s Committee in An Thuong Commune, Hai Duong City, confirmed on Sunday that one of his deputies and some officials had been brutally assaulted by a group of thugs.

As the location is located next to another land lot preserved for agricultural production that was not clearly marked, local authorities ordered the suspension of the ground leveling to make sure the activity did not affect the agricultural land.

Although Ngan Giang HD Company agreed to follow the request, employees of Nam Anh Company continued to gather materials to prepare for the work.

Chairman Thang and some officials decided to establish a checkpoint at the scene to ensure that their order was complied with.

At 8:00 pm the same day, Nguyen Van Hanh, vice-chairman of the commune People’s Committee, and Nguyen Tuan Anh, an official at the administration, took over the job.

Hanh and Anh tried to stop the work but ended up being attacked by a group of thugs.

Vice-chairman Hanh suffered a traumatic brain injury and was unconscious following the assault. He was admitted to a local hospital and later transferred to an infirmary in Hanoi for surgery.

Anh suffered injuries to his head and chest and is being monitored at home.

The municipal Department of Public Security arrested several suspects to facilitate their investigation, according to chairman Thang.