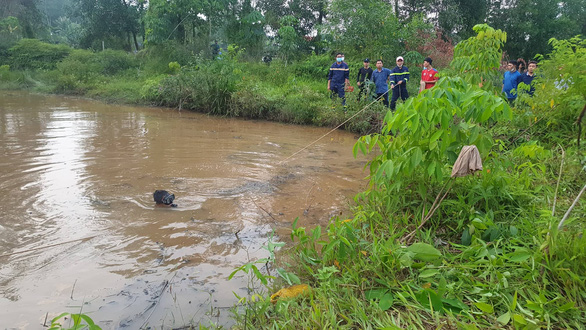 A fifth grader drowned while playing at a fish pond with elder boys in the southern Vietnamese province of Binh Phuoc on Friday, according to local authorities.

T. offered to give B., the only non-swimmer among the four, a swimming lesson after L. had refused to take him into the pond for safety reason.

T. and B. then suddenly sank in the water.

As a result, B. drowned, with his body being recovered 15 minutes after the arrival of a rescue vehicle, 15 rescuers, and local police officers.