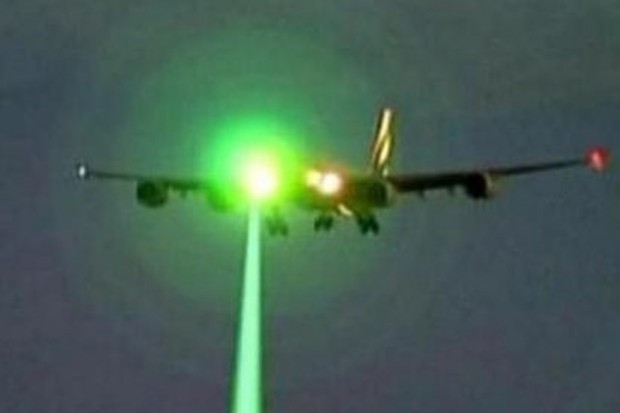 This illustrative image shows a beam of green laser light directed at a plane in the air.

Some aircraft from Ho Chi Minh City landing at the central Vietnamese province of Quang Nam’s Chu Lai Airport have been threatened by laser pointers directly beamed at them, local aviation security authorities have warned.

Vo Van Dong, chairman of Binh Son District, Quang Ngai, said on Tuesday that he had tasked the district’s police with investigating the case following a report made by the Chu Lai Airport Authority.

Several air crews from Ho Chi Minh City have recently notified its air traffic control center of green laser lights pointed to the right side of their planes on the approach route, about 9,260 meters toward their touchdown point, according to the report.

This area is administered by Binh Son District.

The laser lights can distract and temporarily blind pilots during take-offs and landings, which may put everyone on board in danger.