Businesses encouraged to ‘think big’ when investing in agriculture

Many businesses don’t want to invest in farm produce processing because it requires huge capital and brings low profits. Meanwhile, farmers face high risks and take losses during bountiful crops as they are not organized in a coordinated way. 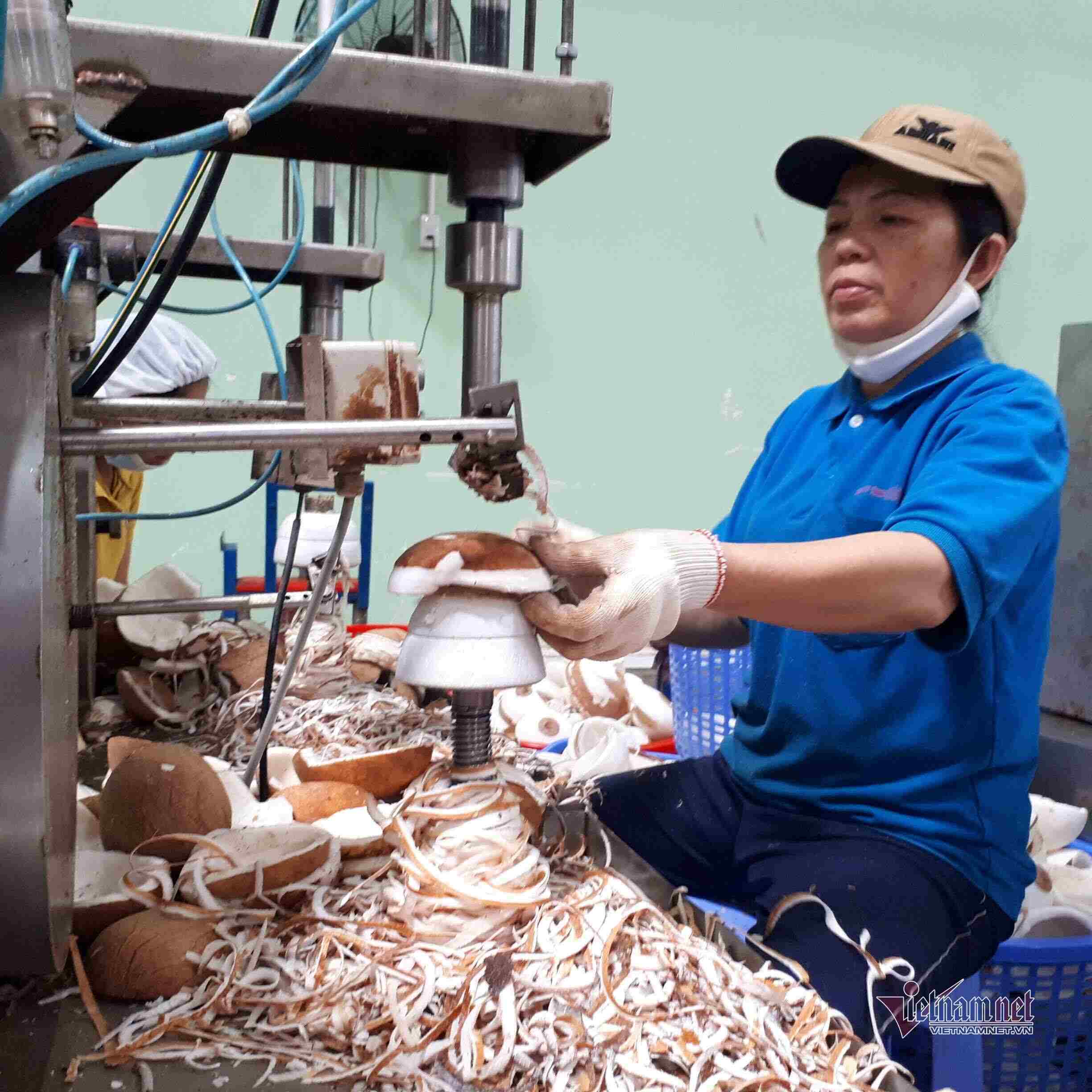 Treating guests with boiled corn and traditional cakes he made for export, Tu said the corncobs can be preserved for three years and just need steaming before eating.

But Tu admitted that there are not many large-scale farm produce processing plants in Ben Tre and Tien Giang, farm produce centers. Businesses are reluctant to invest in such plants, because of huge capital required and modest profit, while the encouragement policies are not attractive enough.

Workers at the factory still remember that the factory yard earlier last year was full of dragon fruit, collected from farmers to help ease the oversupply when the pandemic broke out. However, as the storage capacity is limited, the company had to throw the dragon fruit away.

They found that uncoordinated cultivation is an important factor which puts farmers at risks. Farmers aren’t happy when they have bountiful crops, because oversupply will force prices down. And when China, a big importer, changes its cross-border trade policies, farm exports get stuck and farmers once again have to call for ‘farm produce rescue’.

A high-ranking official of a province previously told VietNamNet that large businesses only invest in fields and projects which can bring high profits, and they are reluctant to invest in farm produce processing which can bring modest profit.

Meanwhile, small businesses cannot make investment in the field because of the lack of capital. One hectare of land alone would cost more than VND10 billion in rent. And they need to have at least VND40-50 billion to open a processing factory.

In 2018, the Government promulgated Decree 57 on encouraging businesses to invest in agriculture and rural development.

But now Ministry of Planning and Investment (MPI) is planning to replace it with another decree, because it believes that Decree 57 is not clear enough and causes confusion during implementation.

It is difficult to policies on agriculture and land to lure investments because the current legal framework remains inadequate.

The Ministry of Natural Resources and Environment has been assigned by the Government to draft a decree on encouraging land accumulation for agricultural production.

Many localities want to add conditions for getting capital allocation from the central budget, and have asked the State to give direct support in an effort to encourage businesses to invest in agriculture and rural development.

The lack of capital from the central budget to support localities to implement the decree is a problem. Some localities say the policies are not feasible due to the lack of resources.

Over VND113 billion has been allocated from the central budget to 15 localities to implement 31 projects, or just VND3.7 billion for each project. Meanwhile, localities cannot allocate capital, or have been allocated little capital for agriculture projects.

According to a former province leader, Decree 57 says local authorities have to give support to enterprises in providing sites for factories. However, localities, with scanty budgets, cannot do this.

He said the policies on supporting enterprises to invest in agriculture need to be more ‘substantial’.

MPI, which is drafting the new decree, said the total capital that localities expect from the central budget for agriculture projects in 2021-2025 is estimated at VND8.6 trillion. The capital would be used to implement 800 projects with total capital of VND107 trillion.

However, experts have pointed out that in order to develop agriculture, farmers need to change their cultivation ways. A lot of farm produce cannot be exported because of high antibiotic levels and plant protection chemical residues. And many domestic processing plants only collect safe and clean produce.

Only when Vietnam can attract investments into farm produce processing, with support from the State, and farmers can put out clean and high-quality produce will the need for ‘rescuing farm produce’ end.

MPI said Covid-19 has had a serious impact on farm production and processing, so it is necessary to help enterprises restore and develop production.

It is expected that if financial support from the central budget is VND10 billion for each agriculture project, 100 projects would be formed each year.

If each project has investment capital, the 100 medium-scale agriculture projects to be set up each year would create 10,000 direct jobs and 30,000 indirect jobs.

Postmart and Vo So e-commerce sites have been assigned to place farm produce on sale, thus promoting the digital economy in agriculture and rural development.

The Minister of Agriculture has expressed concern over the abuse of fertilizer and plant protection chemicals, saying this does not represent sustainable agriculture.