Tran Kinh Doanh has resigned from his post on the board of directors of Mobile World (MWG), a major retailer. 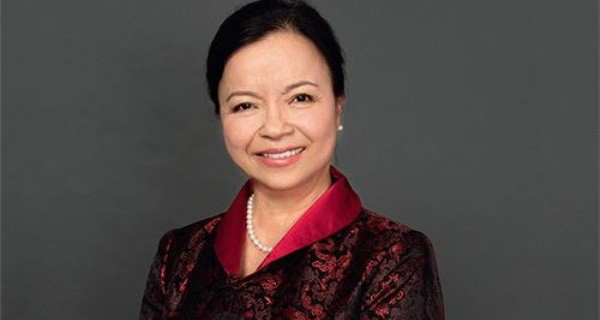 The resignation came following the withdrawal from the board of director’s management of Bach Hoa Xanh (a retail brand of MWG) in January 2022. As one of the key figures of the distribution chain, Doanh’s departure has caught public attention.

In 2018, when MWG announced the jump into the FMCG (fast moving consumer goods) sector by developing Bach Hoa Xanh, Doanh was appointed to manage the chain.

After Doanh left the post of CEO, Nguyen Duc Tai, chair of the board of directors, began leading the chain.

After Trinh Van Quyet was arrested because of alleged stock market manipulation, Dang Tat Thang replaced him to work as chair of the Board of Directors of FLC Group and Bamboo Airways beginning on March 31, 2022.

Thang has a master’s degree in construction and project management from Northumbria University andis a familiar figure at FLC and Bamboo Airways.

After two sessions of hitting the ceiling level, OGC shares of Ocean Group on March 28 saw another increase of 4.6 percent to VND18,400 per share. As such, the shares have seen prices increase by 60 percent so far this year amid the gloomy performance of the market.

Tham was charged with violating regulations on lending by credit institutions.

Since Tham’s arrest, OGC shares have decreased in price, thus causing losses to many investors.. In H2 2014, the OGC price dropped by 50 percent to VND6,000 per share.

Nguyen Thi Mai Thanh is known for steering the ship of REE Corporation since its establishment.

Thanh says thatbrenewable energy is now a strategic investment field of REE. The enterprise has one thermopower plant and has invested in clean energy projects (wind, solar and hydraulic power).

Thanh said REE will continue seekingbopportunities to invest in the renewable energy sector.

REE aims to double its capitalization value by 2025 and have billions of dollars of revenue, a sharp increase from the current VND10 trillion.

REE’s financial report shows that its total revenue was VND5.8 trillion in 2021, up 3 percent over 2020 and post-tax profit of VND1.885 trillion, up by 13.9 percent. Energy and water made a great contribution to revenue growth.

Prior to that, Quyet registered to sell 175 million FLC shares on January 10. The estimated transaction value at par value was VND1,750 billion. The scheduled time for transactions was January 10-17. The purpose of the transaction was to restructure his properties.

Tan Hoang Minh withdrew from the Thu Thiem land auction; a life sentence was upheld for Tran Phuong Binh, former CEO of Dong A Bank; and Vinasun’s boss resigned. These were the most outstanding stories last week.