“After the bridges are built, when we return to the localities, we can see different images – the deserted roads in the past are now bustling with much traffic,” said Dinh Thi Nhung, founder and manager of the Tu Tam charity group. 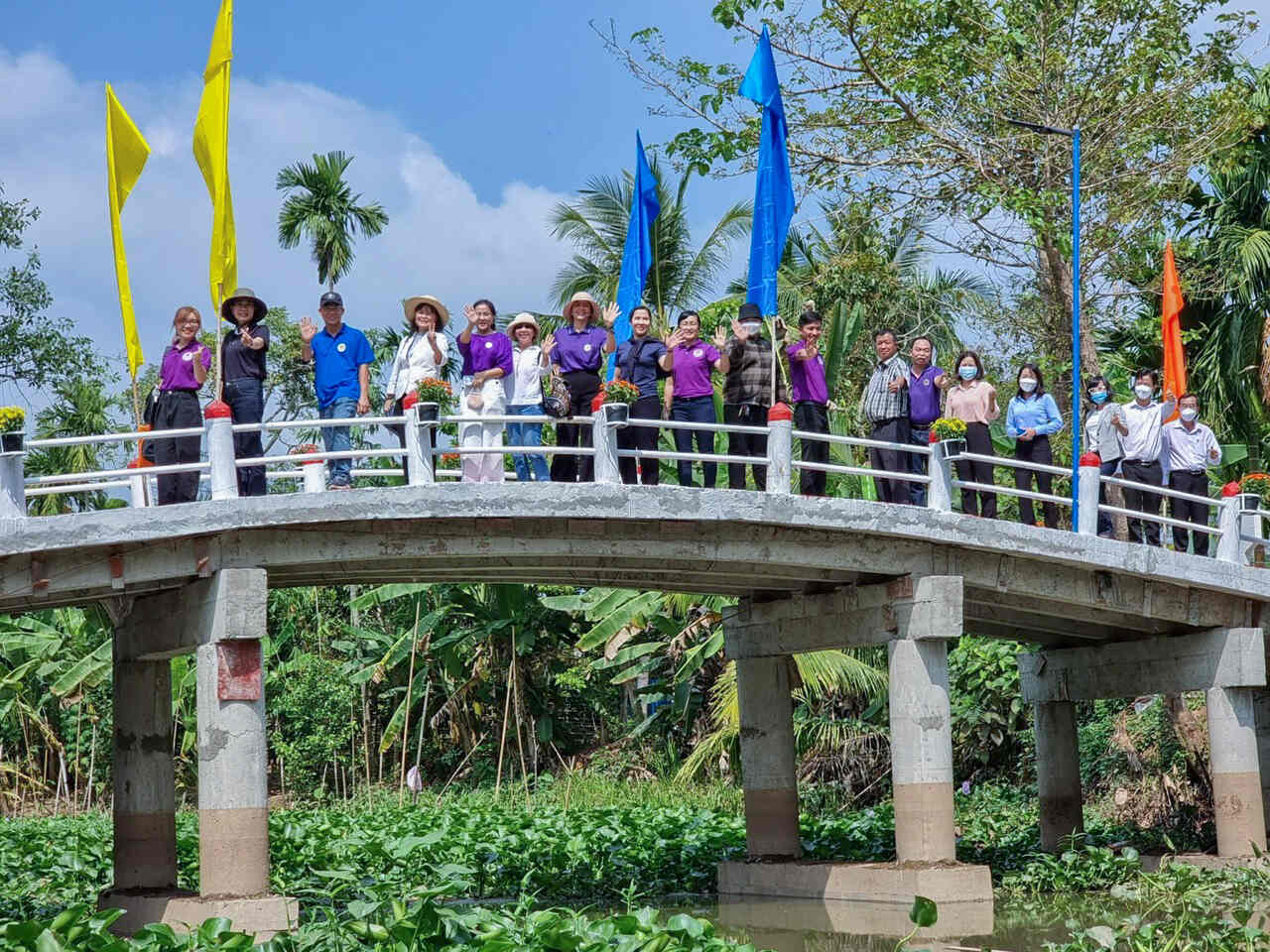 The residential cluster once lived in an isolated isle. People traveled by junks. In the last 15-20 years, only one student of the isle finished high school and returned to work as a teacher. Most children only have primary education and very few go to secondary school because of difficulties in daily travel.

These are the images Nhung saw when visiting Thuan Nghia Hoa commune in Thanh Hoa district of Long An in 2020 in a fact-finding trip, preparing to build a bridge there.

After two months of persuading benefactors in the group, the plan to build four bridges connecting the isle and Thuan Nghia Hoa’s cultural and administration center, worth VND1.3 billion kicked off.

Thuan Nghia Hoa Bridges have brought new vitality to the life of 600 households on the isle.

These are just some of the bridges built by Tu Tam charity group in the last four years since its establishment.

Tu Tam was established in March 2018 with three founders, including Nhung. The other two are Kim Thuy and Quoc Dung. The group now has 130 members.

In the last four years, they have built 121 bridges throughout the country, worth VND32 billion in total.

Nhung said TuTam chose bridge building as the main activity of the group because bridges bring benefits to the whole community. Bridges help people carry farm produce, thereby supporting trade and contributing to local economic development. Their lifespans are up to 30-50 years.

Most of the 121 bridges are in southern provinces. The charity group build bridges based on criteria such as the contribution to local economic development, a solution for travel needs, and proximity to schools.

There is a criterion that all the 121 bridges must satisfy: they must be suitable to the local infrastructure development plan. Nhung and her group work with local authorities before deciding to build bridges.

After four years, TuTam group has drawn up a professional bridge building process, including criteria. For example, bridges need to be 2.8 meters wide at minimum so that ambulances can go through.

The cheapest bridge built by the group is worth VND50 million, while the biggest is VND3.5 billion. On average, each bridge costs VND200-300 million and it takes 2-6 months to build one bridge.

The President of Kim Oanh Charity Foundation said that when entrepreneurs donate to the poor, they should not worry too much about other people’s negative opinions.