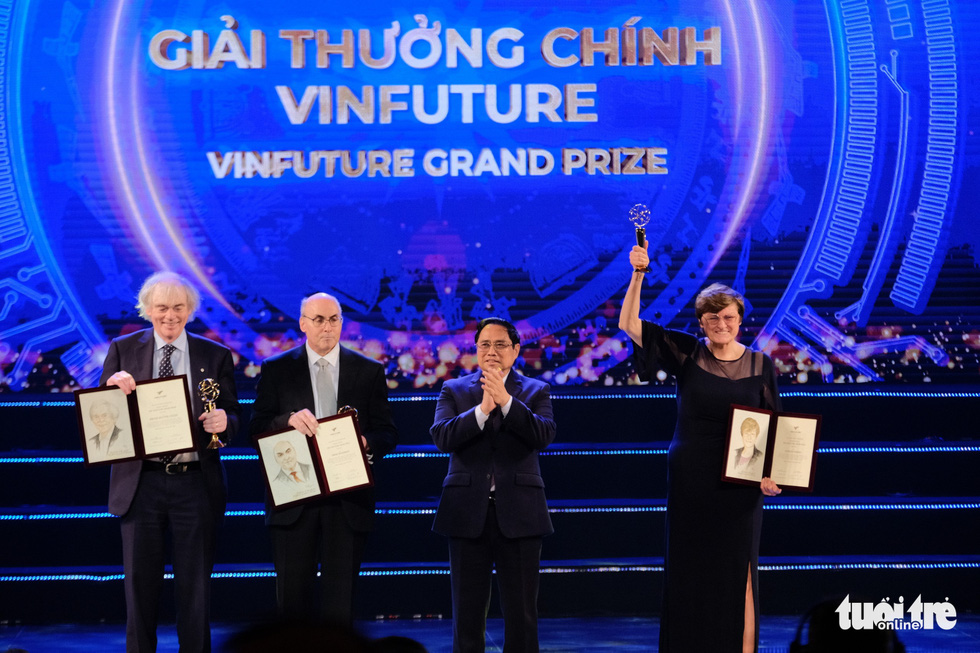 What you need to know in Vietnam today:

— Viet A Corporation has been found importing rapid COVID-19 tests from China at US$0.955 apiece to distribute in Vietnam. Viet A CEO Phan Quoc Viet had been accused of colluding with hospital and disease control center directors in many provinces and cities to inflate real-time RT-PCR test prices in bidding to pocket the differences.

— A 15-year-old student died on Tuesday after getting a COVID-19 vaccine shot in Phu Tho Province, Vietnam on Monday, a local official confirmed to Tuoi Tre (Youth) newspaper.

— The winners of the inaugural VinFuture Prize, adding up to US$4.5 million, were announced at an awards ceremony in Hanoi on Thursday night. The prize was founded by Pham Nhat Vuong, chairman of Vietnam’s Vingroup, and his spouse.

— Vietnam’s ‘vaccine passport’ has been recognized by ten countries, namely Japan, the U.S., the UK, India, Australia, Belarus, Cambodia, the Philippines, Palestine, and the Maldives, Le Thi Thu Hang, spokesperson of the Vietnamese Ministry of Foreign Affairs, said on Thursday.

— The Japan Petroleum Exploration Co. Ltd. and Vietnam’s ITECO JSC have clinched a share purchase deal and a pact on comprehensive cooperation that involves the procurement, storage, and supply of liquefied natural gas in Vietnam, according to the Vietnam News Agency.

— Vietnam will take on South Korea at 9:00 pm on Friday in Group C at the 2022 AFC Women’s Asian Cup in India. The game will be aired live on national channels VTV5 and VTV6 as well as the FPT Play platform.

— “Diogo Jota’s double earned Liverpool a comfortable 2-0 win at Arsenal in the second leg of their League Cup semi-final on Thursday, setting up a Wembley showdown against Chelsea,” according to Reuters.

— “More ships and aircraft carrying aid are due to arrive in Tonga in coming days as the international community responds to calls for urgent assistance from the Pacific island nation following a devastating volcanic eruption and tsunami,” Reuters reported.