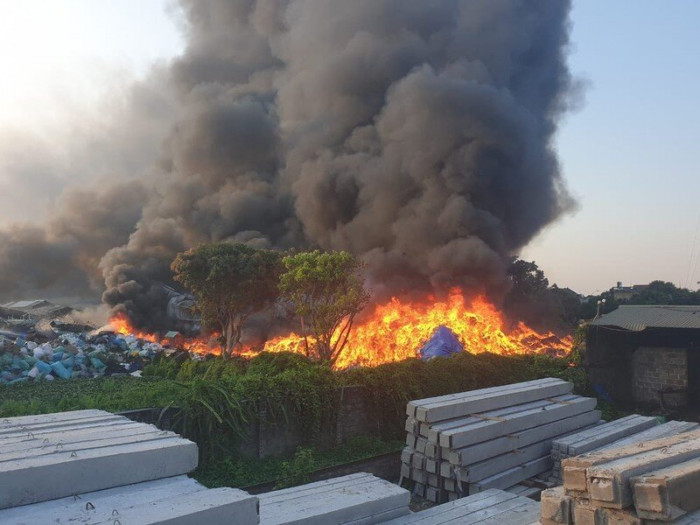 — Vietnamese Prime Minister Pham Minh Chinh called for further efforts to fight against negativities and violations in the securities and real estate sectors during the government’s regular meeting on Monday.

— Police in Go Vap District, Ho Chi Minh City have launched an investigation after a 21-year-old militiaman was stabbed to death while performing his duty along a local street on Monday.

— A fire engulfed a 9,000-square-meter area at a dumping ground for industrial waste belonging to a local company in northern Hai Duong Province on Monday evening. Firefighters were still trying to put out the blaze as of the same night.

— The People’s Court in the Mekong Delta province of Tien Giang has sentenced a 58-year-old man who is a former hospital director to 18 years in prison for murder.

— An eighth grader was found dead after falling from the 18th floor of the Vesta Apartment Building in Ha Dong District, Hanoi at around 11:30 am on Monday, a local official confirmed later the same day.

— Israeli authorities have found a body suspected to be a Vietnamese university student who had gone missing during his study in Israel in 2016, the Ho Chi Minh City Nong Lam University confirmed on Monday.

— The People’s Court in District 8, Ho Chi Minh City on Monday sentenced three people to between six and nine months in prison for attacking two health workers over a conflict during the COVID-19 testing drive in September 2021.

— Vietnam’s Gross Domestic Product (GDP) in the first quarter of this year was estimated to increase 5.03 percent year on year, higher than the 4.72 percent growth rate in the same period last year, the Vietnam News Agency quoted the General Statistics Office as saying.

— Police said on Monday they had arrested Trinh Thi Minh Hue, the younger sister of former FLC chairman Trinh Van Quyet, on suspicion of being involved in her brother’s stock market manipulation.