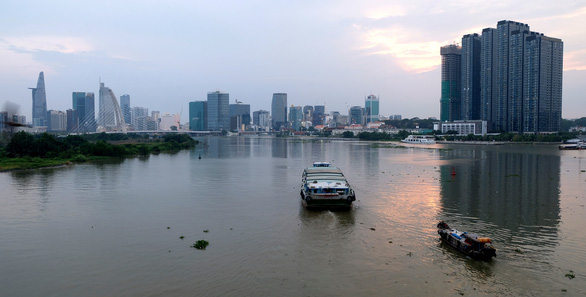 What you need to know in Vietnam today:

— About four million Moderna and Pfizer-BioNTech vaccine shots for children donated by the Netherlands and France will arrive in Vietnam this month, the Ministry of Foreign Affairs said on Thursdsay.

— Police in Ho Chi Minh City arrested on Thursday a Vietnamese suspect who had robbed Alexey Pronichkin, a Russian, of his smartphone four days earlier.

— Air tickets are selling like hot cakes in Vietnam as domestic travel demand is rising ahead of the four-day holiday that starts on April 30.

— Authorities in Can Tho City, located in the Mekong Delta, said on Thursday that a 700-meter pedestrian street will be opened on April 30. It will operate from 6:00 pm to 10:00 pm every Saturday.

— A vice-principal of a high school in Ca Mau Province, located in southern Vietnam, has been found forcing students to eat food having been discarded in a garbage can.

— About US$30 billion is being ‘buried’ in condotels, shophouses, and vacation villas in Vietnam because of the absence of a legal framework for such property, Dr. Can Van Luc, chief economist state-owned lender BIDV, said at a conference on Thursday.

— “Police in Vietnam arrested the chief executive officer of Tri Viet Securities on suspicion of market manipulation on Wednesday,” Reuters quoted the Ministry of Public Security as saying.

— “Prices of rice exported from India and Vietnam dipped this week as supplies increased, although the Vietnamese market was expected to see fresh orders from China, Bangladesh, Iran and Sri Lanka in coming months,” Reuters reported on Thursday.