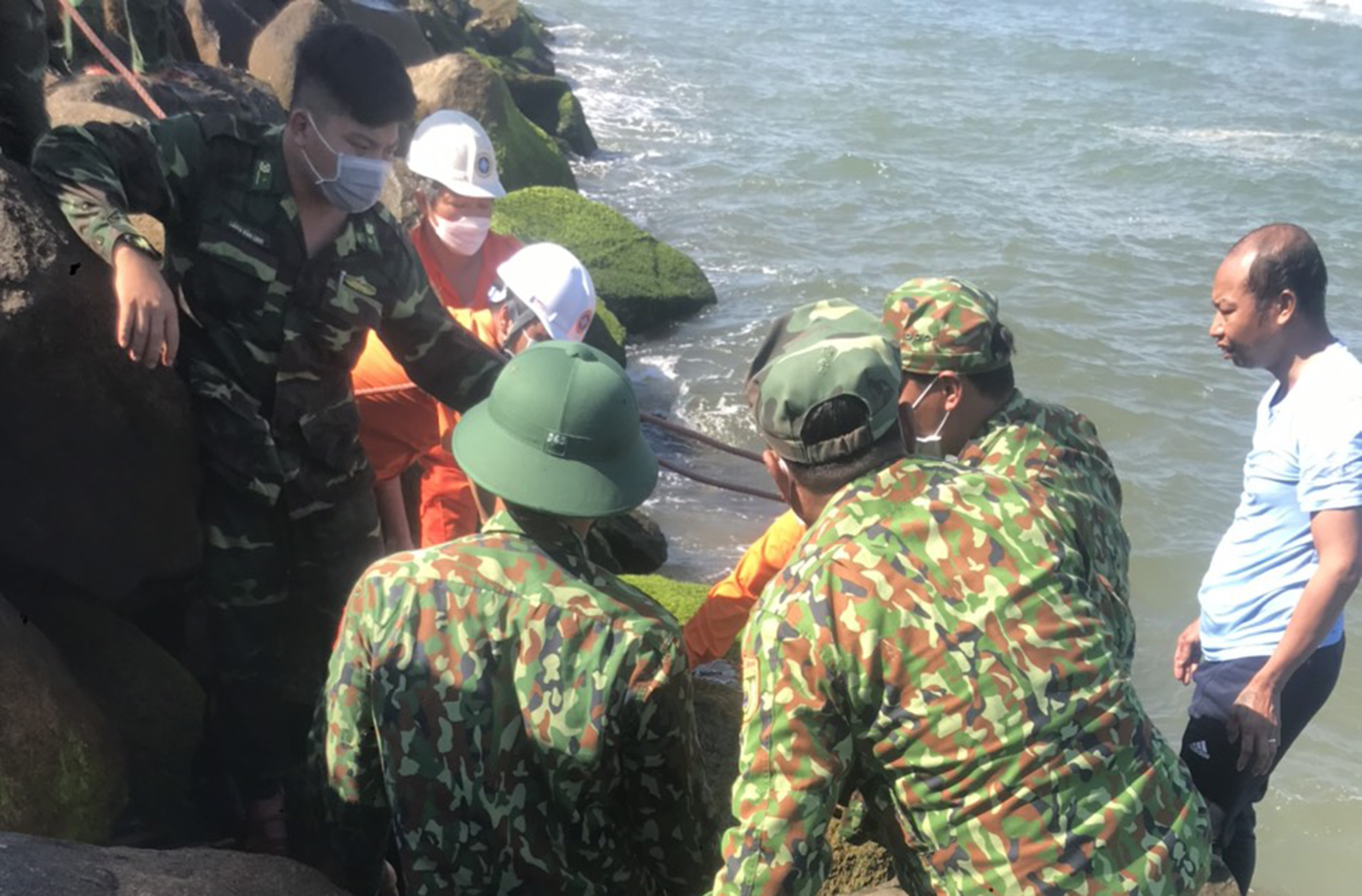 Authorities have managed to find the bodies of the remaining two victims from a tourist boat that capsized last weekend off Quang Nam Province, central Vietnam.

Bui Tan Hai, deputy chief of police in Hoi An City, Quang Nam Province, confirmed on Monday afternoon that search and rescue units had discovered the body of three-year-old N.M.Q., the last victim in the accident.

The corpse was located at the stone breakwater along the coast north of the site of the shipwreck, Hai added.

On Sunday night, competent authorities retrieved the body of three-year-old N.M.A. inside the boat.

Officers believed that strong waves had pushed the young girl into the technical box behind the wheel of the boat as it was sinking.

The boat was carrying 36 tourists and three crew members from Cham Islands back to Cua Dai Ward at around 2:00 pm on Saturday when it overturned at sea.

Twenty-two people, including the three crew members, were rescued, while the remaining 17 passengers were confirmed dead as of Monday.

Most of the tourists came from Hanoi and southern Binh Duong Province, according to Phan Viet Cuong, secretary of the Quang Nam Party Committee.

Nguyen Van Son, chairman of the Hoi An People’s Committee, confirmed that all people on the boat were wearing life jackets.

However, many of the victims were trapped inside the cabin and could not get out after strong waves sank the vessel, Son added.