Proposing a declaration of a state of emergency in response to the Covid-19 pandemic was a “proposal of nerves”, not only for the Party, State and Government’s leaders, but also for ministries and appropriate agencies. 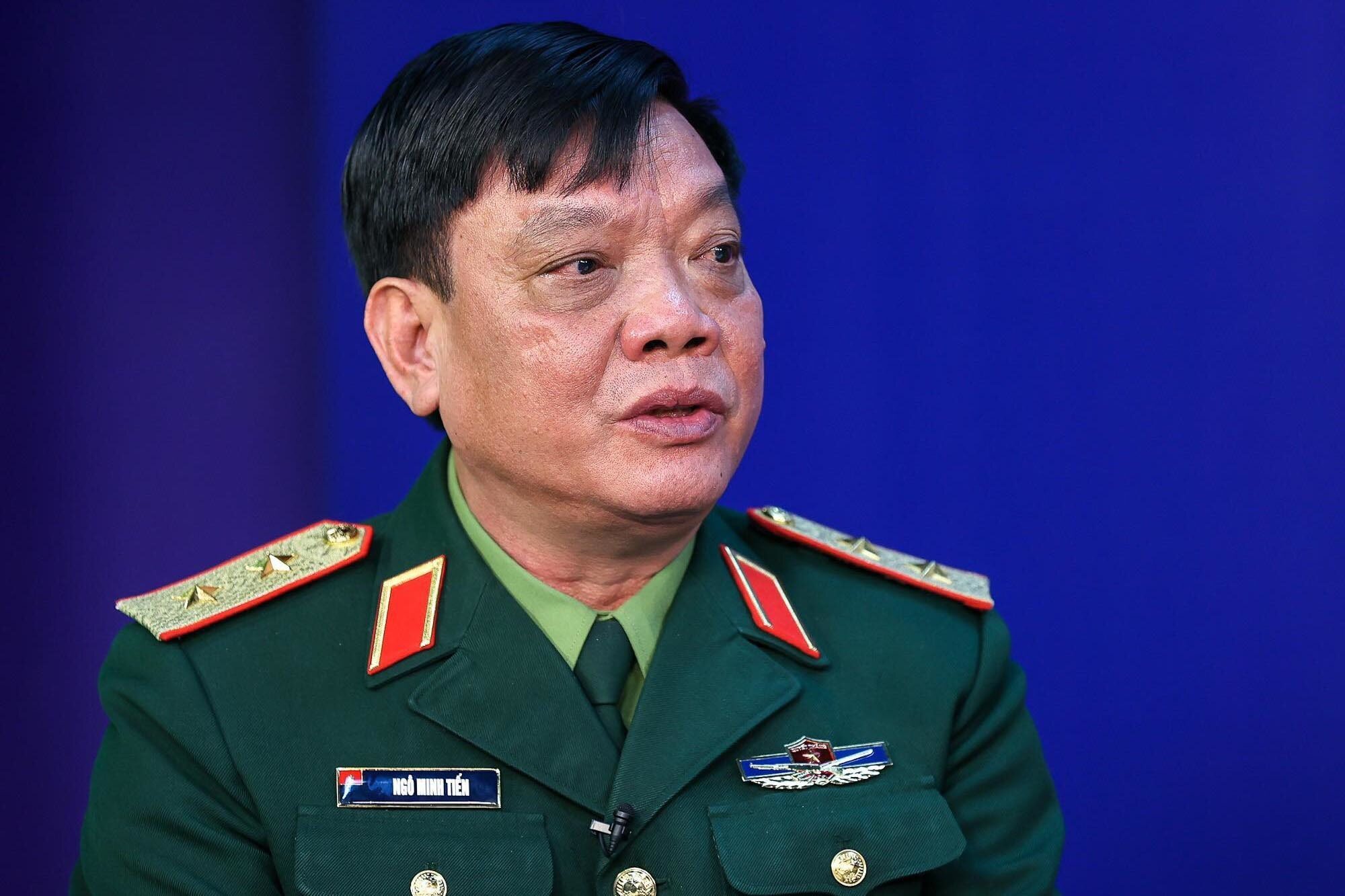 Lieutenant General Ngo Minh Tien, Deputy Chief of the General Staff of the Vietnam People’s Army, at a recent seminar recounted the Prime Minister’s brainstorming moments and landmark decisions in the fight against Covid-19.

Tien said southern provinces once asked the Government to declare a state of emergency due to the pandemic and apply measures as stipulated by the laws in order to prevent, control and repel the pandemic in their localities.

“I think this was a proposal of nerves, not only for the Party, State and Government, but also for ministries and branches,” Tien said.

First, Directive 16 Plus in HCM City and southern provinces would be difficult because with such populous localities, there was no force that could ensure the social distancing.

Second, it would be difficult to ensure social welfare, especially supply of essentials to people.

Third, the healthcare system in HCM City and southern provinces was incapable of solving matters on testing people, and classifying and treating patients in accordance with guidance by the Ministry of Health(MOH).

He said that localities had their reasons to make such a proposal. However, if Vietnam had declared a state of emergency, this would have affected people’s psychology and created negative responses from regional and international public opinion.

“In my opinion, if we declare a state of emergency, hostile forces will take advantage of the opportunity to distort the Party’s guidelines and policies, and the State’s laws and policies in epidemic prevention and control,” he said.

After considering pros and cons, the Prime Minister made a timely, wise and decisive move, using a selective force of healthcare, army, and police workers to provide aid to southern localities in their fight against the pandemic.

With the spirit ‘fighting the pandemic is like fighting the enemy’, implementing the Prime Minister’s instructions, ministries and branches, and MOH, Ministry of Natural Defence and Ministry of Public Security mobilized a force that was unprecedentedly large (post war) to fight the pandemic.

“This was a landmark decision which allowed us to spend a short time only, three months, to control the situation (in some other countries, it takes 6-9 months to do this),” Tien said.

Decisions made on facts and figures

According to Minister of Health Do Xuan Tuyen, based on the real situation, the Government applied anti-pandemic methods appropriately, flexibly and creatively, especially in the fourth wave, and affirmed that Vietnam has basically controlled the spread of the Delta variant.

According to Tuyen, when the Delta variant appeared, Vietnam conducted research, classified and made reasonable adjustments early so as to minimize the number of severe cases, hospitalizations and deaths.

“We applied flexible measures, specifically for every locality and therefore we have succeeded in controlling the pandemic,” he said.

Tuyen went on to say that the ‘zero Covid’ strategy pursued in the first phase was reasonable. Later, when the vaccination coverage expanded and Vietnamese people’s awareness was heightened, Vietnam made adjustments in strategy.

The new variant Omicron has appeared, but Vietnam has large vaccination coverage. More than 99 percent of people aged 18 and over have had at least one jab, while over 90 percent have had two jabs.

“I think the Prime Minister made the right decision at the right time to switch from ‘zero Covid’ to ‘safe adaptation to the pandemic’. The new strategy is bringing effects to both the fight against the pandemic and the socio-economic development,” he said.

Deputy Minister of Planning and Investment Tran Quoc Phuong commented that Resolution 128 has significance in both the fight against the pandemic and economic development.

Resolution 128 on living together with Covid-19 played an important role in reversing the economic results.

“Thanks to Resolution 128, we can obtain GDP growth,” he said.

Deputy Minister of Foreign Affairs Nguyen Minh Vu said that Resolution 128 paved the way for the transition of status to ‘safe adaption to the pandemic’. Most countries are accepting to live in pandemic while fighting against it.

“The resolution was released after thorough consideration of the facts, especially the large vaccination coverage. International practice shows that countries with a vaccination rate of over 60 percent can reopen step by step,” he said.

“I think that switching to another status as stipulated in Resolution 128 was a change, and a difficult change. Managing the change has also been a big challenge,” he said.

Since the day Prime Minister Pham Minh Chinh became the Head of the Steering Committee for Covid-19 Prevention and Control, there have been some fundamental changes made in the long march to fight the pandemic.

The urgent measures to fight the pandemic, if delayed even by one day only, could cause serious consequences, affecting people’s health and lives, Deputy Chair of the National Assembly’s Legal Committee Nguyen Phuong Thuy said.