Parents are willing to spend tens of millions of dong on English lessons that prepare their children for the IELTS test. 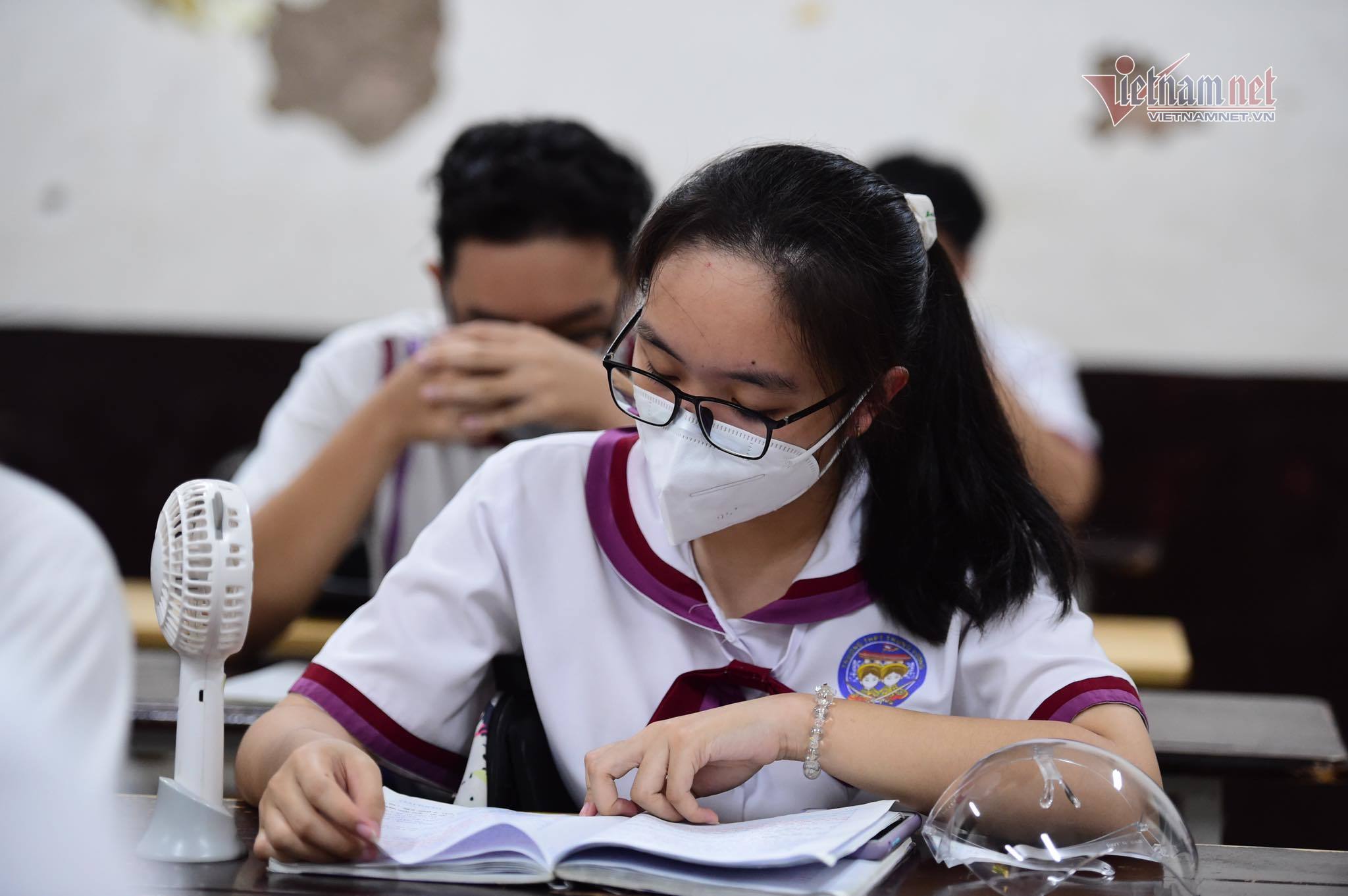 Thu Ha, a parent in Hanoi, said she was not happy at all when hearing that her son got a 7.0 score from her IELTS test.

Ha’s son began preparing for IELTS when he was in ninth grade. The English center where he studied for the test with a tuition package of VND40 million, pledged to help students get a 6.5-7.0 score.

At that time, Ha thought a 7.0 score was very good. She could not imagine that some years later, universities would enroll students by considering IELTS scores and students would rush to study for IELTS. Because of high competition, 7.0 is no longer that good.

“With 7.0 IELTS, my son is not sure of obtaining a seat at top-tier universities,” Ha said, adding that the competition is stiff.

The mother heard that NEU (National Economics University) plans to enroll 25-35 percent of total students based on their learning records, including IELTS, while the number of students enrolled based on high school exam results accounts for only 10-15 percent.

Ha and her husband are considering different solutions for their son.

“We may register for another exam preparation class for my son. It would be good if he can get 7.5 score in the second attempt,” she said. “This would cost about VND10 million in tuition and VND5 million in exam fee.”

The other option for them is attending an aptitude test to be organized by the Hanoi National University. Many schools enroll students based on the results of the test.

Thanh Phuong, a parent in district 3, and her husband are also worried.

Phuong said her financial capability is not good enough to pay for overseas study and decided that her daughter would study abroad only after completing university in Vietnam and if she can find a scholarship. So did not think of sending the daughter for exam preparation classes.

However, Phuong changed her plan after hearing that top-tier schools will consider a certificate on English skills when enrolling students. Since August 2021, her daughter has been attending an IELTS exam preparation class.

“My daughter wants to enroll in HCM City University of Law, or University of Economics and Law. Both schools consider certificates on foreign languages as one of the methods of enrollment,” she said.

Nguyen Lam An, a 12th grader, admitted that she is bad at English. When she was at primary and secondary school, she went to foreign language centers and extra classes, but the results were not good.

Since the 10th grade, she has attended IELTS preparation classes as she plans to study abroad. And she got only a 5.5 score in the first attempt.

Her plan to study abroad has been canceled because of Covid-19. However, her mother asked her to obtain at least 6.5 score to enroll in domestic universities.

“Now I learn English with a private tutor. I feel pressure as I have to enter university,” she said.

In 2021, more than 60 training establishments used international certificates such as IELTS, TOEFL and SAT as a criterion for consideration when admitting students.

HCM City University of Technology allows conversion of IELTS scores into English exam scores. The 6.0 ELTS score is equivalent to 10, 5.5 to 9, and 5.0 to 8. Meanwhile, 79 TOEFL iBT is equivalent to 10 and 46-47 to 8. The school also states that it will prefer students following the US, Canadian and Australian general education programs.

He said that when requiring internationally recognized certificates, the school strives for international standards.

“The fact that students study for international certificates shows that they are ready to work in an international environment,” he said.

Meanwhile, a lecturer of English in Hanoi said the scores of English tests on high school finals are not used by universities to assess students’ abilities because the questions are too easy.

“Even if students get a 10 score from the English test, this won’t have much significance,” he said.

IELTS and other international certificates are prestigious. IELTS language covers in-depth topics in many fields, from engineering, economics to sciences, and society. When students have an IELTS certificate of 5.5 or higher, it means that they have the ability to listen, speak, read and write academic English relatively well.

As more and more schools require IELTS and other English skill certificates, students are rushing to learn English while paying less attention to other school subjects.