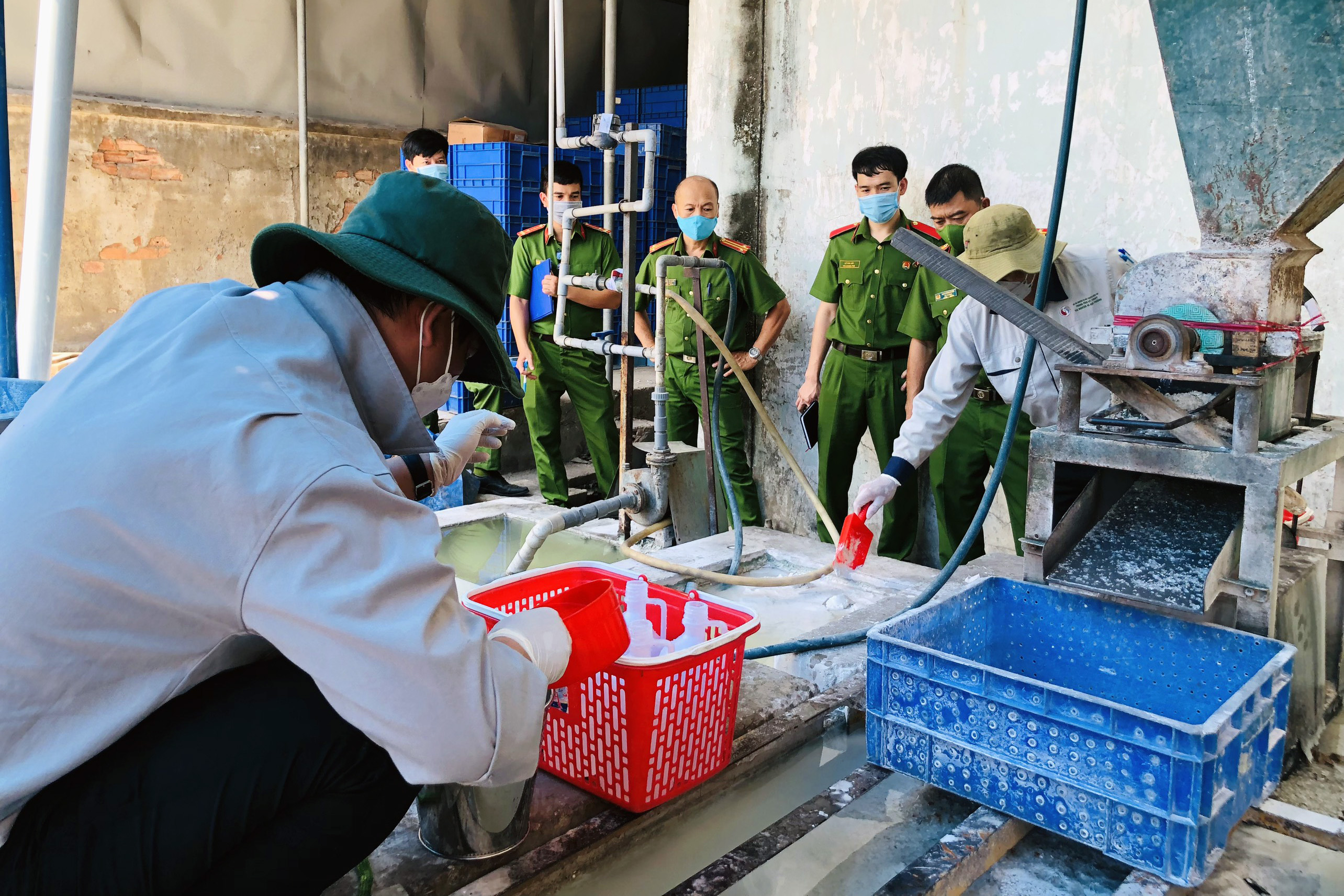 Police in Dong Nai Province, southern Vietnam said on Sunday that after two days of excavation, they discovered more than 42 metric tons of hazardous waste at a lamp factory in the provicial capital of Bien Hoa, belonging to Dien Quang Lamp JSC, a leading lamp and light bulb producer in Vietnam.

The results of a quick test showed that the wastewater had a pH reading seven times the permitted level, while the glass pieces, which were ground from bulb shells, contained mercury and sulfur that can become highly toxic if not handled properly.

Police officers and the lamp factory representatives agreed to hand over all of the above waste to a hazardous waste treatment plant in Vinh Cuu District of the province.

Police previously found around 195 bags containing nearly five metric tons of broken glass with chemicals and nearly 370,000 waste light bulbs that had not yet been crushed and stored in crates at the factory on April 20.

In addition, two concrete cellars containing wastewater produced during the process of grinding the bulbs, which started March 8, were also uncovered inside the factory premises.

The wastewater was discharged directly into the rainwater drainage system, according to a factory worker.

Police officers determined that the factory failed to collect hazardous wastes according to regulations and treat them on its own without approval from authorities.

They planned to carry out more excavations at a number of other suspicious locations inside the plant on Monday to expand the investigation.