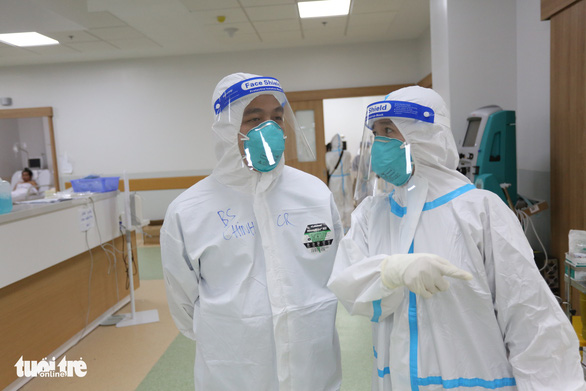 The Vietnamese Ministry of Health reported 15,684 more coronavirus patients on Sunday, in addition to 9,326 recoveries and 129 virus-linked deaths.

The latest infections, including 41 imported and 15,643 domestic transmissions, were recorded in 62 provinces and cities, the ministry said, elaborating that 11,196 were infected in the community.

The country has documented 2,017,268 community transmissions in all its 63 provinces and cities since the fourth virus wave erupted on April 27, 2021. Over 1.7 million of them have recovered from COVID-19.

Vietnam detected only 1,570 locally-transmitted infections in total in the previous three waves.

The health ministry pronounced 9,326 patients recovered on Sunday, raising the tally to 1,727,290.

The toll has climbed to 35,609 fatalities after the ministry confirmed 129 deaths on the same day, including 28 in Dong Thap Province, 15 in Ho Chi Minh City, nine in Kien Giang Province, nine in Can Tho City, eight in Khanh Hoa Province and the remaining in 16 other provinces and cities.

Vietnam has counted 2,023,546 patients, including 68 imported Omicron infections, since the COVID-19 pandemic first hit the country in early 2020.

Health workers have given above 168 million vaccine doses, including 1,057,845 shots on Saturday, since vaccination was rolled out nationwide on March 8, 2021.

Nearly 78.6 million of the country’s 98 million people have received at least one dose while upwards of 72.3 million have been jabbed twice.

The number of third doses – including additional primary shots for immunocompromised people, boosters, and third jabs of Cuba’s Abdala vaccine has exceeded 17 million.