121 killed in traffic accidents during Tet break in Vietnam 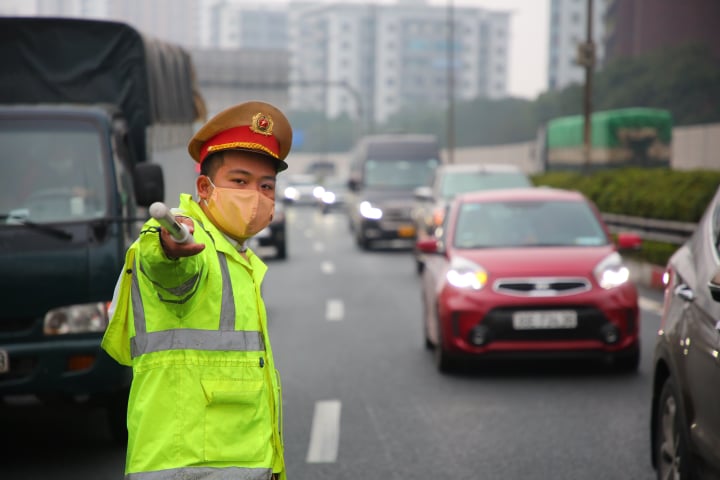 A traffic police officer is seen on duty along an expressway in Vietnam. Photo: Minh Hieu / Tuoi Tre

More than 200 traffic accidents occurred across Vietnam during the nine-day Lunar New Year (Tet) holiday, killing over 120 people, the traffic police division under the Ministry of Public Security confirmed on Sunday.

A total of 216 traffic accidents happened throughout the country from January 29 to February 6, claiming 121 lives and injuring 138 others.

Compared to the 2021 Tet break, the number of crashes decreased 7.3 percent, while those with deceased and wounded victims also fell 10.4 and 17.4 percent, respectively.

Among the 216 accidents, 214 took place on the road, killing 120 people, while the remaining two were railway accidents.

Traffic police officers dealt with 25,723 traffic violations during this period and imposed more than VND25 billion (US$1.1 million) worth of fines.

About 110 cars and 4,277 motorbikes were impounded, and over 2,120 driver’s licenses were confiscated.

Among the traffic offenses, 1,676 were driving under the influence of alcohol, which accounted for 6.6 percent of all violations.

A total of 1,418 violations were detected via traffic surveillance cameras.

The 2022 Lunar New Year festival fell on February 1, with most employees in the country allowed to have a nine-day break from January 29 to February 6.