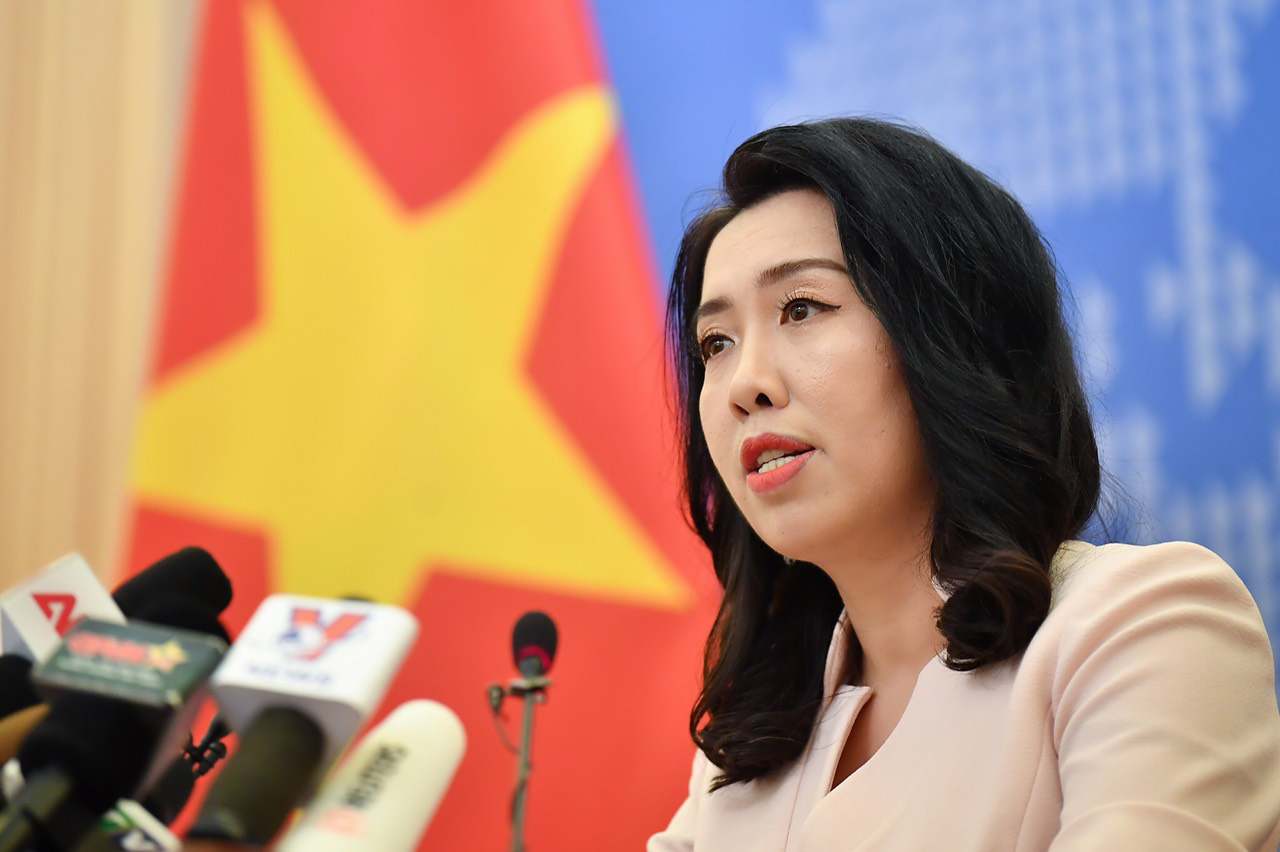 Geng said on November 8 that at the core of the East Vietnam Sea problem was Vietnam and other claimants “invading and occupying” Chinese islands, according to Reuters.

The Chinese diplomat called on Vietnam to avoid “taking action that may complicate the issue,” the news agency reported.

“Vietnam rejects all the contents regarding Vietnam of the Chinese foreign ministry spokesperson’s statement on sovereignty over the Truong Sa archipelago on November 8,” Hang told reporters on Wednesday.

“In this regard, Vietnam has repeatedly stated that it has sufficient historical and legal evidence to prove its sovereignty over Hoang Sa [Paracels] and Truong Sa in line with international law,” she added.

“Historical reality has proven this.”

The spokesperson reiterated Vietnam’s consistent stance that all international disputes, including those relating to sovereignty over Hoang Sa and Truong Sa, must be settled by peaceful measures in accordance with international law and the United Nations Charter.

Vietnam wishes that China will join efforts in developing the bilateral relationship and maintaining peace, security and stability in the region, Hang said.

Geng’s statement last week was a response to earlier comments made by Vietnamese Deputy Foreign Minister Le Hoai Trung at an East Vietnam Sea conference in Hanoi on November 6.

During the conference, Trung said Vietnam could explore legal action, among various options, in its territorial dispute with China over the waters.

Vietnamese military will be prepared for ‘situations in cyberspace’: defense minister

Vietnam's Minister of National Defense Ngo Xuan Lich is seen in this file photo. The military will frequently train itself in order to properly handle...
Read more
Hot News